In a recent article, RealKM’s Stephen Bounds explores the contentions around command and control approaches to management vs. alternative management methods that seek to empower employees and engage them in consensus building.

In his article, Stephen expresses the view that:

it is entirely possible to encourage and respect decentralised knowledge and problem solving while retaining an overriding purpose and command structure.

In the case study discussed in the 2015 paper, a top-down decision was made, which represents the “directive strategy” put forward in the paper and the “blueprint planning” approach put forward by Stephen in his article.

As the 2015 paper alerts, the directive strategy is often met with resistance because people aren’t given enough time to be able to assimilate the changes. However, the paper authors advise that while there was initial uncertainty, the expert strategy, negotiating strategy, and educative strategy were applied later to help smooth the change. In this way, the directive strategy was turned into an advantage that facilitated the rapid implementation of change.

Further case studies of both effective and ineffective change clearly demonstrate the critical need to consider what is the most appropriate strategy/approach for particular levels of a decision-making structure/process.

One case study is the Sustainable Management of the Helidon Hills Project, which I’ve previously discussed in RealKM Magazine. The Helidon Hills project was lauded for its effective community engagement and consensus building, but there was also a directed aspect to the decision-making. This was that the project would conserve all of the significant flora and fauna species and ecological communities in the area.

There’s a very sound reason for this – Australia has one of the world’s worst biodiversity conservation records, in stark contrast to other western countries such as the United States and Canada. As the Interim Report from the Parliament of Australia Senate inquiry into Australia’s faunal extinction crisis states2:

The extent of the decline means that Australia has one of the world’s worst records for the extinction and lack of protection for threatened fauna and is ranked second (after Indonesia) in the world for ongoing biodiversity loss. Submitters cited reports indicating that more than 10 per cent of endemic terrestrial land mammal species have become extinct over the last 200 years, which represents 50 per cent of the global mammal extinctions during that period. In comparison, only one native land mammal from continental North America has become extinct since European settlement.

The Helidon Hills is recognised as an area of very high nature conservation significance. It is one of the largest areas of mostly continuous bushland left in the southeastern region of the Australian state of Queensland, and has a large number of rare and threatened flora and fauna species. This includes a large number of species that are found only in this area, for example Eucalyptus helidonica.

Protecting the conservation values of areas such as the Helidon Hills is essential if Australia is to halt and then ultimately reverse its worsening biodiversity crisis. So this Helidon Hills project outcome was a non-negotiable given, and clearly stated from the beginning of the project. Rather, the community engagement and consensus building focused on how this would be done in the context of the complex range of often conflicting land use and land management objectives of the diverse array of stakeholders with an interest in the area.

The directed “non-negotiables” or “givens” can also be described as “barriers” or “boundaries.” For example, one of the tools for managing in a complex context put forward by Dave Snowden and Mary E. Boone in their highly-cited Harvard Business Review article3 “A Leader’s Framework for Decision Making” is:

Set barriers. Barriers limit or delineate behavior. Once the barriers are set, the system can self-regulate within those boundaries.

I’ve also observed the effective application of the directive strategy together with the all of the other strategies – expert strategy, negotiating strategy, educative strategy, and participative strategy – to achieve successful large-scale landscape recovery.

The Loess Plateau in China covers a massive area of 640,000 km2, extending across almost all of the provinces of Shaanxi and Shanxi and into parts of Henan, Gansu, Ningxia, and Inner Mongolia4. Significant in the history of Chinese civilization, the fragile Loess Plateau landform is highly erodible, and centuries of overuse and overgrazing had led to one of the highest erosion rates in the world and widespread poverty.

Recognising this, the Chinese Government has implemented major recovery projects with the support of the World Bank. The directive strategy decision-making aspects of these projects has included grazing bans and strict limits on cropping on the Loess landform. Such measures were essential to quickly halt further decline, but could have very negatively impacted many of the more than 50 million people who make the Loess Plateau their home. However, the other strategies – expert strategy, negotiating strategy, educative strategy, and participative strategy – have been successfully used to engage and empower communities in implementing sustainable farming practices.

The impacts of this have been profound, achieving not only an astounding level of landscape recovery, but also a doubling of incomes, lifting hundreds of thousands of people out of poverty. I’ve been able to experience this directly myself, spending a few months living with friends in their village in the Loess recovery area in Shanxi province. Destructive grazing no longer occurs, and cropping is limited to small family plots (Figure 1). I also saw that thousands of trees had been planted, particularly higher up in the landscape. Overall, the remedial measures have resulted in stabilization of the landscape, with a dramatic reduction in erosion and a significant increase in biodiversity. The village is also thriving, as evidenced by the very positive community spirit I observed in my time living in the village, which included participating in preparations for two of the annual village Lantern Festival galas (Figure 2).

Unfortunately, though, I’ve also observed the opposite here in Australia. Australia’s Murray-Darling Basin is also a significant rural landscape that has experienced severe degradation, but as I’ve previously written in RealKM Magazine, a woeful approach to community and stakeholder engagement has triggered widespread opposition to the Murray-Darling Basin Plan, which has in turn constrained actions to reverse ecological decline.

The Murray-Darling Basin has suffered an environmental catastrophe. This means that, just as had been done on the Loess Plateau, Australia’s Federal and Murray-Darling Basin state governments should have deployed the directive strategy to immediately halt damaging water and land management activities. They should have then used the expert strategy, negotiating strategy, educative strategy, and participative strategy to develop and implement sustainable farming practices that also have economic benefits. Sadly, none of this has been effectively done.

Similarly, not using the expert strategy, negotiating strategy, educative strategy, and participative strategy at other levels of the decision-making structure has meant that many in the farming and indigenous sectors have little confidence in the Murray-Darling Basin Plan.

Failing to effectively engage farming and indigenous communities in the preparation and implementation of the Murray-Darling Basin Plan is also indicative of low-quality democracy. As Dr Nicolas Pirsoul and Maria Armoudian from the University of Auckland write in The Conversation in regard to water management in New Zealand:

In a liberal representative democracy such as New Zealand’s, political decisions result from elections. The three-yearly electoral cycle, however, tends to encourage symbolic politics geared towards winning votes rather than generating long-term solutions to complex problems like freshwater quality …

With no real mechanism for public participation beyond the next general election or non-binding public consultation and submission processes, New Zealanders are left largely powerless …

Effective alternatives already exist but these require challenging the assumption that democracy is synonymous with elections.

The first step would be to reinvigorate democracy at the local level.

The draft paper then puts forward the IAP2 community engagement spectrum as a basis for improved engagement. There is some alignment between the IAP2 spectrum and four of the five strategies discussed above – expert strategy, negotiating strategy, educative strategy, and participative strategy.

However, the draft paper doesn’t acknowledge the need for the directive strategy, or how this strategy and the different levels of engagement in the IAP2 community engagement spectrum could be more effectively applied by aligning them with different levels in the decision-making structure for the Murray-Darling Basin. I hope that this could be a next step in progressing the recommendations of the draft paper.

Advocating the use of the directive change strategy at particular levels of a decision-making structure/process may at first glance appear to be an authoritarian approach. However, the opposite is true.

The adjective “authoritarian” and associated noun “authoritarianism” can be defined6 as “Favouring or enforcing strict obedience to authority at the expense of personal freedom.” Further, while the label “authoritarian” is often given to dictatorships or one-party governments, researchers have been increasingly documenting7 the accelerating rise of “authoritarian populism” in democratic countries.

In the case studies above, the approach taken with the Murray-Darling Basin Plan has been authoritarian, imposing constraints on landholders and communities without adequate consideration of their economic and social rights and freedoms. In contrast, the other two case studies have respected these rights and freedoms by only using the directive strategy where appropriate. This means that using the most appropriate strategy/approach for particular levels of a decision-making structure/process can actually help to counter authoritarianism. I will expand on this in part 2 of this two-part series.

Bruce Boyes (www.bruceboyes.info) is editor, lead writer, and a director of the award-winning RealKM Magazine (www.realkm.com) and currently also teaches in the University of NSW (UNSW) Foundation Studies program in China. He has expertise and experience in a wide range of areas including knowledge management (KM), environmental management, program and project management, writing and editing, stakeholder engagement, communications, and research. Bruce holds a Master of Environmental Management with Distinction and a Certificate of Technology (Electronics). With a demonstrated ability to identify and implement innovative solutions to social and ecological complexity, Bruce's many career highlights include establishing RealKM Magazine as an award-winning resource for knowledge managers, using agile and knowledge management approaches to oversee the implementation of an award-winning $77.4 million river recovery program in western Sydney on time and under budget, leading a knowledge strategy process for Australia's 56 natural resource management (NRM) regional organisations, pioneering collaborative learning and governance approaches to support communities to sustainably manage landscapes and catchments, and initiating and teaching two new knowledge management subjects at Shanxi University in China. 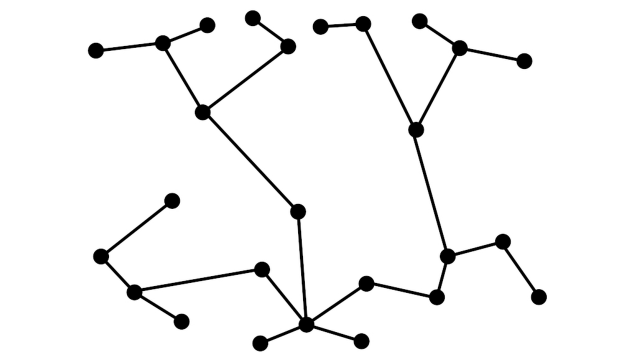