After lengthy negotiations, it was announced on Saturday that 195 countries had adopted the Paris Agreement, a new global agreement aimed at combating climate change.

The Paris Agreement commits countries to “holding the increase in the global average temperature to well below 2 °C above preindustrial levels and pursuing efforts to limit the temperature increase to 1.5 °C above preindustrial levels”. However, the climate action plans of 186 countries published to date are insufficient to achieve this, so as detailed in the agreement all countries are asked to review their contributions every five years from 2020. They will not be able to lower their targets, rather, they will be encouraged to raise them.

Responses to the Paris Agreement have been mixed. World leaders have hailed the agreement as historic, with the outcome of the Paris talks being in stark contrast to the failed talks in Copenhagen six years ago. However, some conservation and climate action groups have labelled the Paris talks a failure, saying that the current commitments won’t prevent catastrophic climate change, and that there is no definite assurance that the increasingly ambitious targets that the agreement seeks will be delivered. Other conservation groups and commentators have taken the middle road, welcoming the agreement with cautious optimism, saying that while the agreement is significant, more needs to be done.

Writing in The Conversation, Clive Hamilton, Professor of Public Ethics at Charles Sturt University and former Executive Director of The Australia Institute, sums up the emotional tension:

If we allow ourselves to be drawn over to the everything-will-be-OK pole, we are ignoring the science and indulging in wishful thinking.

If we allow ourselves to be drawn over to the catastrophe pole, which is quite consistent with the science, then we become unable to recognise and encourage the positive steps that are being made. Three degrees is a big improvement on four, and 2.5°C is even better, even if it remains bad. But what matters most is momentum.

Tempering enthusiasm for the new agreement is the lack of meaningful climate policy progress in the 20 years since the United Nations Framework Convention on Climate Change (UNFCCC) came into force, as can be seen in the delays and policy flip-flopping that has occurred in Australia. A significant influence on this lack of progress has been climate science denial. Writing in The Conversation, Mark Beeson, Professor of International Politics at Murdoch University, alerts to the forces behind this denial:

There is little doubt there are powerful economic and political forces determined to cast doubt on the overwhelming scientific consensus about the causes and probable consequences of global warming and climate change.

As ABC journalist Annabel Crabb writes, the denial isn’t about to disappear. So, if the momentum of the Paris Agreement is to be maintained, then climate science denial needs to be overcome.

What is causing climate science denial, and how can knowledge management help to overcome this problem?

The Intergovernmental Panel on Climate Change (IPCC) is a scientific body under the auspices of the United Nations (UN). It is the leading international body for the assessment of climate change:

[The IPCC] reviews and assesses the most recent scientific, technical and socio-economic information produced worldwide relevant to the understanding of climate change. It does not conduct any research nor does it monitor climate related data or parameters.

Thousands of scientists from all over the world contribute to the work of the IPCC on a voluntary basis. Review is an essential part of the IPCC process, to ensure an objective and complete assessment of current information. IPCC aims to reflect a range of views and expertise.

The Fifth Assessment Report of the IPCC was completed in 2013-14, and “provides a clear and up to date view of the current state of scientific knowledge relevant to climate change”. Further, the World Bank operates the Climate Change Knowledge Portal (CCKP) as “a central hub of information, data and reports about climate change around the world”.

The lack of open access to climate science journal articles is considered an impediment to climate science awareness, but the large volume of information made available through the IPCC and CCKP is already way too much for most people to be able to absorb and understand.

So if lack of scientific information isn’t a problem, then what is causing climate science denial? While economic and political forces are influencing the denial, a sizeable proportion of the general public is choosing to doubt climate science in the face of an overwhelming body of evidence.

Fiona Cameron, a senior research fellow at the University of Western Sydney, gets to the heart of the problem in a guest editorial1 in a Special Issue of Museum and Society journal titled “Hot Science Global Citizens: The Agency of the Museum Sector in Climate Change Interventions”.

Cameron alerts that climate change is a highly complex issue:

Climate change governance agendas and strategies for action and reasons for inaction are characterized by contradictory polarities between global and local, core and periphery, states and markets, urban and rural, universalism and particularism, public and private, East and West, developed and developing, large and small, integration and disintegration.

Further, she concludes that:

Clearly climate change governance is in crisis. Current approaches to governance are inadequate and universalizing projects through the Kyoto Protocol and the United Nations Framework Convention on Climate Change based on finding consensus on acceptable levels of warming and mitigation targets has proven difficult. Intrinsic to the governing problematic are deep and intractable conflicts derived from a diversity of ideological positions, and partisan interests. Clearly, there is a requirement for complex thinking to be instituted across sectors and scales.

A critical aspect of this requirement for complex thinking is communication. In a paper2 in the same Special Issue of Museum and Society journal, Bob Hodge examines a hostile review by climate change sceptic journalist Andrew Bolt of an Australian Museum exhibition on climate change.

…takes both topic and attack as aspects of new conditions which science and museums alike must cope with, which include new concepts of science and society, and new communication technologies. It uses the concept of the ‘postmodern condition’ as a framework for understanding some crucial features of these new conditions. It sees traditional linear models of communication as dangerously limited ways for museums to operate effectively in this new highly complex and unpredictable environment. It finds that some aspects of this Exhibition had an underlying linearity that left it especially open to the attack it received, while other aspects incorporated an effective complexity that better fulfilled its aims.

However, Hodge alerts that this alone does not provide complete safety against such attacks. He concludes that:

I have set the analysis in a wider context because his attack was part of a wider phenomenon, and the strategic lessons are urgent and important. The complexity is irreducible, and its study cannot be deferred to a later point in a more orderly linear analysis. The problems with dealing with the global challenge of climate change are social and political as well as scientific from the outset. The social problems cannot wait till all the science is settled, not because science is consumed in a paralysing universal doubt but because science is not a single fixed body of knowledge on all aspects of this highly complex problem.

Writing in The Conversation, Andrew J Hoffman, Holcim (US) Professor of Sustainable Enterprise and Director of the Erb Institute at the University of Michigan, concurs with Hodge, stating that:

Only by broadening the scope of the debate to include this social and cultural complexity can we ever hope to achieve broad-scale social and political consensus. More scientific data can only take us so far; engaging the inherently human aspects of this debate will take us the rest of the way.

How can this be done?

Social learning is one potential approach to addressing complexity. It “brings multiple stakeholders together to provide their insights on a complex problem in order to arrive at shared solutions”, and is already being used successfully to address climate change in agriculture.

Knowledge brokering also has potential. In the lead-up to the Paris talks, the Climate Knowledge Brokers (CKB) Group released the Climate Knowledge Brokers Manifesto. The Manifesto has an emphasis on collaboration, and on communicating “ideas in the language and in the value systems of the audience”. Climate scientist Dr. Mark C. Trexler, whose experience includes being a lead author for the IPCC, welcomes the Manifesto because of its potential to break through the “cacophony of climate noise” and achieve effective knowledge transfer. However, he warns that the Manifesto doesn’t address the issue of willful ignorance, where people deliberately ignore the obvious. Perhaps the integration of knowledge brokering and social learning could overcome willful ignorance.

What do you think about these approaches? What other approaches do you think could be used to include social and cultural complexity in climate change and climate science communication?

Bruce Boyes (www.bruceboyes.info) is editor, lead writer, and a director of the award-winning RealKM Magazine (www.realkm.com) and currently also teaches in the University of NSW (UNSW) Foundation Studies program in China. He has expertise and experience in a wide range of areas including knowledge management (KM), environmental management, program and project management, writing and editing, stakeholder engagement, communications, and research. Bruce holds a Master of Environmental Management with Distinction and a Certificate of Technology (Electronics). With a demonstrated ability to identify and implement innovative solutions to social and ecological complexity, Bruce's many career highlights include establishing RealKM Magazine as an award-winning resource for knowledge managers, using agile and knowledge management approaches to oversee the implementation of an award-winning $77.4 million river recovery program in western Sydney on time and under budget, leading a knowledge strategy process for Australia's 56 natural resource management (NRM) regional organisations, pioneering collaborative learning and governance approaches to support communities to sustainably manage landscapes and catchments, and initiating and teaching two new knowledge management subjects at Shanxi University in China. 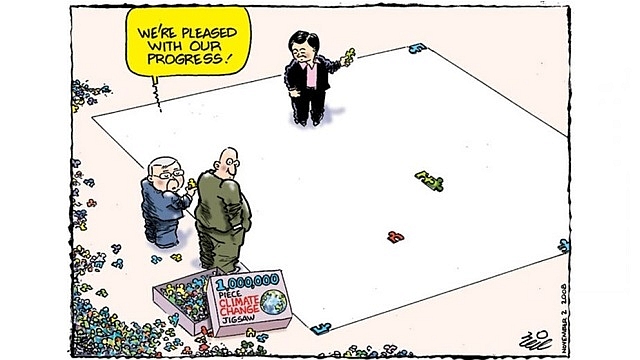 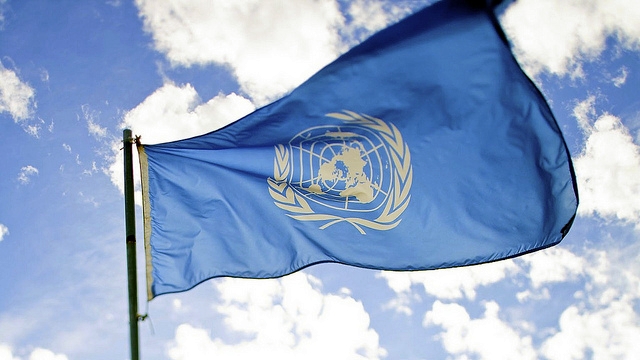 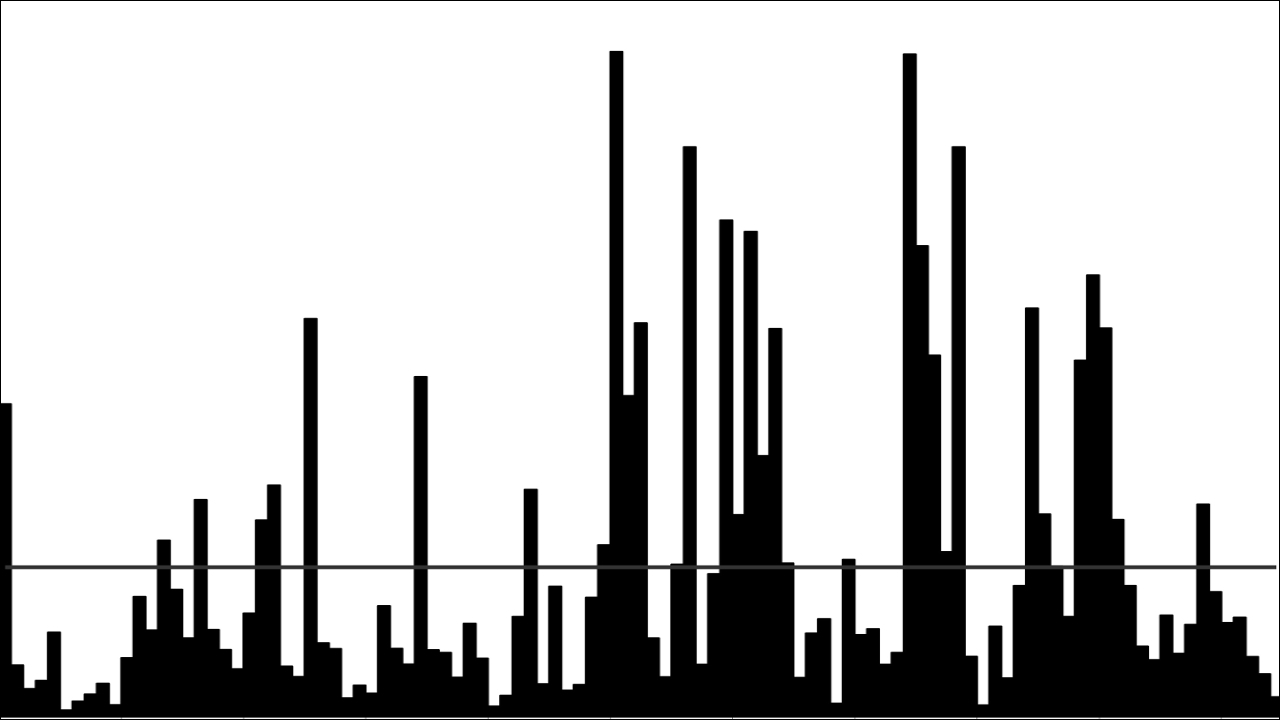 The vital knowledge missing from Australia’s bushfire crisis debates: Part 1 – What can climate history tell us?