Bruce Boyes has been writing a series of essential articles about the very real consequences of ignorance about climate knowledge in Australia’s responses to recent catastrophic environmental events and specifically, the bushfires of 2019-20 and now the flooding in 2021-22.

The most striking thing about these articles is that, far from the media coverage of these events suggesting them as “unprecedented” and “unexpected”, the knowledge already existed to determine that these events were all broadly predictable and expected, albeit with the specific locations, extent, and timing of the events unknowable due to the systemically chaotic nature of weather systems.

Despite this, any general charge of “ignorance” must be unsatisfactory from a knowledge management perspective because it serves little to no diagnostic value. It is necessary to delve deeper and establish both causes of ignorance and potential remedies for it.

We can and must recognise that complexities and biases can exist in human decision-making while also starting from the premise that people never intend to make decisions which are fundamentally flawed.

First, it is necessary to increase our focus on the problem by defining what it is not. Based on the work of Don Norman, the elements of human evaluation1 can broadly be classed into three categories:

Government policymaking is intended to be both reflective and consensus-based, although in poorly functioning public sector organisations it is entirely possible that visceral considerations by individuals will influence or override the more conscious modes of thought. In such cases, it is inevitable that the overt, recorded reflective decision will attempt to obscure these sources through post-hoc rationalisation. As noted by Schwitzgebel and Ellis2:

The reflective mode of thought is traditionally the primary focus of addressing ignorance in government organisations, since:

Despite the overt downplaying, it is necessary to acknowledge that behavioural considerations are likely to play a significant role in decision-making. Particularly where analysis is coloured by widespread cultural or social norms, assertions are less likely to be picked up as behavioural evaluations rather than as intellectual knowledge analyses which are often presented as maximally “rational”. The fallacy of purported objectivity is discussed in Firestone’s seminal article arguing against the fact-value dichotomy3, and can be seen represented in such topics as decolonialisation, self-sealing arguments, and even critiques and challenges to the scientific method itself.

To properly consider this interwining of behavioural and reflective decision making, we need to further define some concepts that are often used imprecisely in everyday conversation.

In the seminal 1972 paper4 by WA Mullins, the case is made for three distinct modes of evaluation which are applied by individuals within a system (whether an organisation or society). These can be reframed using complex systems language as follows:

Myths are thus fundamentally conservative (“what cannot be changed”) while ideologies are founded in action (“what must be strived for”). Utopias serve a different purpose, acting as a frame for an alternate point of reference that can both illustrate a positive potential for change or elucidate reasons why current compromises are necessary. To Mullins’ definition of utopia the concept of dystopia should be added, serving a mirror purpose to utopias in describing how systemic collapse might occur.

The lack of reference to objectivity and facts in these descriptions is likely to be uncomfortable to some. According to Mullins, science and its focus on establishing objective reality is both essential and inadequate for complex systems change since:

In science one aspires to a self-critical, analytical, “objective” understanding of phenomena without reference to normative categories which assign value to alternative courses of action. Seeking to maximize intellectual clarity, science is not concerned with dilemmas of policy, choice or commitment.
In politics, however, it is necessary to understand situations in terms of their moral significance for human beings …

Ideology … comprehends situations in a way which science cannot for ideology, unlike science, is able to portray the “facts” in terms of their relevance for human wants and aspirations … The language of science is too meagre to capture the moral dimensions of [outcomes].

Necessarily, ideology can not and can never be purely scientific in nature. Again quoting Mullins:

The logic of ideology is usually as broad as the conceptions, reasons, and justifications that typically “count” in the sociocultural structure… within which the ideology operates.

Nevertheless, given these variegated logical resources (which include, but are always much broader than, those allowed by formal logic), ideology must not repeatedly violate their canons of sensibility. Within their confines the ideology must “make sense” and not result in logical absurdities.

These quotes perfectly capture the dilemma facing climate scientists. Awareness of perceived catastrophic consequences leads many to believe they have a moral imperative to call for action. However, taking this step undermines the fundamental scientific premise of “never assigning value to alternative courses of action”.5

To return to the specific case of recent Australian environmental disasters, we now have a framework to examine and understand potential reasons for the systemic inertia. For example, is the lack of action related to:

I don’t pretend to have definitive answers to these questions as posed. They are intended to be illustrative of how sustainably addressing systems problems can be improved when we have a language and framework for understanding and arguing about how sociopolitical change has been, and needs to be, attempted and achieved.

To go further still: If knowledge management is to have ongoing relevance in the 21st century, I argue it is essential for us to have some formulation of this evaluation framework incorporated as a core part of our toolkit. To approach KM in any other way is to continue to treat knowledge as an abstraction that is entirely divorced from how outcomes are actively sought by system participants. 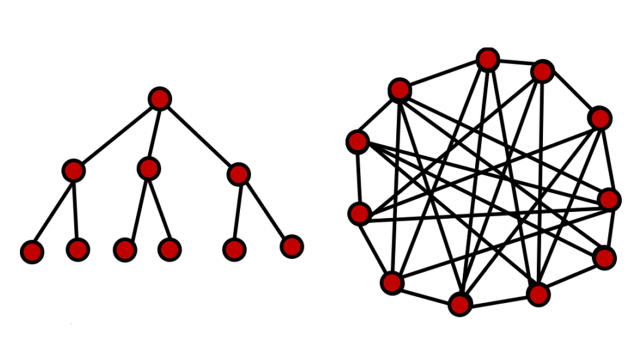 Top-down vs. collaborative consensus: using the most appropriate approach for the decision-making level