In a previous article in RealKM Magazine, I discuss the Sustainable Management of the Helidon Hills Project as an example of how collaborative learning and governance can be used to facilitate effective knowledge sharing and transfer.

As I discuss in that article, some stakeholders expressed strong opposition to the project in its early stages, and this was symptomatic of community disenchantment with mainstream government in the wider area and in some other parts of Australia at the time. There was also denial by some stakeholders of the negative impacts of a range of land use activities on the significant natural values of the area.

To achieve the successful implementation of the Sustainable Management of the Helidon Hills Project, I needed to overcome this stakeholder resistance and denial in the relatively short time of just a few months. How was this done?

We could think that stakeholders are simply “reacting against our project or initiative”. But this thinking considers our project or initiative to be one-dimensional and linear, when in reality it is multi-layered with complex interactions and inter-dependencies between the layers. In the case of the Sustainable Management of the Helidon Hills Project, the simple statement “sustainable management” presents a complex situation to stakeholders. For example, just looking at the situation of private landholders (among the wide range of stakeholders), the issues they are confronted with in regard to sustainable management include: Does my land have significant natural values? If it does, how do I deal with these values? Will they prevent me from doing other things on my land, and will this impact on my livelihood? Will governments just impose rules and regulations on me? Or could they even resume my land and turn it into a national park?

Success comes from being able to unpack the threads of the complexity enough to be able to identify which layer or interaction or inter-dependency people are reacting against, and then addressing that thread. Don’t try to simplify the complexity, and don’t try to understand all of it. To again take the example of private landholders, unpacking complexity in the Helidon Hills project revealed overwhelming landholder support for conserving the natural values of the area, but strong resistance against any move to achieve this by imposing government controls over activities on private land. In response, this thread of the complexity was neutralized very early in the project by giving a commitment to landholders that private property rights would be respected, and the management plan1 devotes an entire chapter to this issue.

Unpacking the complexity also revealed strong fears of the unknown. For example, landholders had repeatedly heard that they should be conserving the significant species and ecological communities on their land, but no-one had given them any information about how to identify those species and communities or how to protect them. In response, this information was provided, and in ways that it could be effectively used and applied.

To unpack complexity and address the various threads that emerge, I use two tools that I learnt over 25 years ago: problem-solving communication skills and lateral thinking. In my work, I have often been confronted with strong stakeholder resistance and denial, and these tools used together are yet to let me down.

The three aspects of problem-solving communication skills have been identified by Bob Dick. He summarises these skills as part of his action learning resources, and further detail can be found in his unfortunately now long out-of-print book Learning to communicate2. The three aspects are: “expressive skills for stating a point of view non-defensively; listening skills for learning another’s point of view; and process skills for managing the overall interaction.” Through the application of these skills as described by Bob Dick, information can be successfully communicated in an effective and non-threatening way, and emotion can be overcome to gain an accurate understanding of the perspectives and issues of concern of stakeholders. In regard to overcoming denial, Bob Dick’s approaches encompass the approaches described in The Debunking Handbook3 which is a more recent guide for communicators who encounter misinformation.

In the Helidon Hills project, I applied Bob Dick’s problem-solving communication approach through comprehensive but simple communications including direct-mailed newsletters with “Have Your Say” forms, six rounds of public meetings, direct discussions with as many people within the area and with an interest in the area that I could, and issues-based small group workshops. These communications had the purposes of educating stakeholders about the area and its values, informing them about the government policy intent and context for the area, giving me an understanding of their land use and management issues, and solving problems. For the direct discussions and small group workshops, I met people onsite to the greatest extent possible – such as on their property, at their sandstone mine, or at their timber mill – because information is communicated much more effectively when it is done in context.

The term “lateral thinking” was coined by Edward de Bono in 1967, and can be defined as “The solving of problems by an indirect and creative approach, typically through viewing the problem in a new and unusual light.” Too often, the proponents of an initiative or a project and their stakeholders will become locked in a battle between option A and option B, when through the application of lateral thinking an option C could be identified that addresses everyone’s concerns. Note that option C isn’t a compromise solution between options A and B, where both sides suffer some degree of loss. Rather, option C is a new, creative and innovative solution that addresses everyone’s issues, so I often describe it as a “win-win” outcome.

Two examples of lateral thinking outcomes in the Helidon Hills are the establishment of environmental tourism enterprises and working with the Australian Rainforest Conservation Society (ARCS) to establish the Centre for Native Floriculture at the nearby University of Queensland Gatton Campus.

Environmental tourism enables landholders to derive an income from their property through a land use that is sympathetic to, rather than competing with, the natural values of their property. Option A was to impose conservation measures on landholders without any consideration of livelihood, while option B was to do nothing to address land uses that were incompatible with the natural values of the area. Option C, environmental tourism, addresses both livelihood and the conservation of natural values.

The wild harvesting of native flora was one of a number of activities identified as having a detrimental impact on the natural values of the Helidon Hills. Option A was to ban wild harvesting, or to at least try to regulate it with measures that would have been very difficult to monitor and enforce in such a large area of forest with rugged terrain. Option B was to allow the impacting practice of wild harvesting to continue. However, option C was to look at bringing wild plants into cultivation, which was already an emerging enterprise in the area. To advance this, I worked with Dr. Aila Keto to secure funding for the Centre for Native Floriculture at the University of Queensland Gatton Campus as part of the South East Queensland Forest Agreement (SEQFA). The SEQFA addressed the conservation of the natural values of the state forests in the Helidon Hills, and as it was being negotiated at the same time as the Helidon Hills project I established links between the two initiatives.

The next time you are confronted with resistance and denial when implementing an initiative or a project, try unpacking and addressing the threads of complexity through the application of problem-solving communication skills and lateral thinking. Then, please share your experiences and insights! 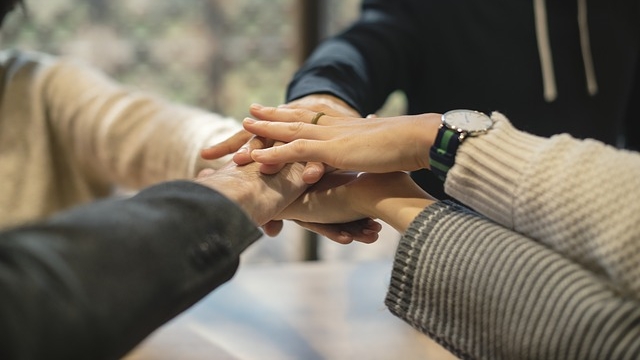