This article is part 2 in a three-part series on the power of listening at work.

A recent paper1 published by Avraham N. Kluger and Guy Itzchakov in the Annual Review of Organizational Psychology and Organizational Behavior explores the power of listening at work.

Key aspects of the paper relevant to knowledge management (KM) are summarized in this three-part series:

A “dyadic” phenomenon occurring at the “episodic” level

Various theories in social psychology, clinical psychology, and anthropology describe the processes induced by listening and its effects. Together, these theories suggest that being listened to creates psychological safety, facilitates the co-construction of narratives, improves speakers’ memory and self-knowledge, and raises perspectives previously outside of awareness. These processes, in turn, influence well-being and fuel change in speakers and listeners.

Kluger and Itzchakov integrate these theories, but claim that listening might be better understood as a behavior addressing needs in human conflict and interpreted as a dyadic phenomenon occurring at the episodic level. They contend that the advantages of their theory include its ability to predict when listening is likely to fail, and to identify the boundaries of the effect of listening on change.

“Dyadic” means relating to interaction between two people, which are called dyads (or pairs). “Episodic” means occurring is separate events. Perceptions of listening can be continuing (“My boss generally listens well to me”) or episodic (“Wow, she is really paying attention now”). Kluger and Itzchakov focus on the episodic perception of listening because it is at that level where work outcomes are produced. Multiple dyadic listening episodes are considered to accumulate and lead to the outcomes reviewed in part 1.

As a foundational basis for episodic listening theory, Kluger and Itzchakov reflect on how humans have evolved while constantly navigating between two sets of conflicting adaptation strategies: competition vs. cooperation and preservation vs. change.

Another human can pose both the most dangerous risks for survival (e.g., a robber with a gun) and the most helpful resource to guarantee survival (e.g., a physician). Between these extremes, other people can generally detract from or support one’s well-being. Therefore, humans evolved to detect and predict the consequences of interacting with others and decide accordingly to compete or cooperate. This conflict makes speakers very sensitive to the listeners’ behavior.

It makes sense for people to use habitual patterns of thought and action that have already proved themselves in keeping them alive. However, if they never change these patterns, people risk failing to adapt to a changing environment, reducing their survival fitness. Again, between these two extremes, people calibrate instantly when it is advantageous to change and when it might be dangerous.

A good listener creates the safe condition required for change and growth. This condition is a property of episodic and dyadic interaction. Yet, because change conflicts with stability and both are important for survival, Kluger and Itzchakov’s theory predicts that the opposing force of stability will limit listening-induced change.

Kluger and Itzchakov propose that perceptions of high-quality listening can fuel a cascade of events leading to organizational benefits. The perception of listening is formed through a unique match between speaker and listener.

Listening is dyadic in that it involves one or more pairs, and perceived listening engenders common relationships and cognitive states which come to characterize the dyad’s behavior. One person’s traits and behaviors predict either the self’s or other’s outcomes. For example, a listener’s agreeableness trait may affect how any speaker perceives that person’s listening behavior.

Research by Kluger and Itzchakov involving 910 dyadic ratings of listening perceptions in work teams found that differences between teams, raters, ratees, and unique dyads explained 8%, 24%, 12%, and 42% of this variance respectively (with the remainder, approximately 15%, being error variance). These results imply that about half of the explained variance can be attributed to unique dyads. Moreover, listening perceptions are not reciprocated at the individual level, but are reciprocated within dyads.

Specifically, Kluger and Itzchakov propose that perception of listening creates psychological safety because it engenders a perception that the listener is non-judgmental and has benevolent intentions. Once a speaker experiences psychological safety, they are more likely to self-disclose and speak authentically. The authenticity of the speaker may then start a positive spiral.

As the process of listening, perceiving listening, and authenticity spirals up, a state Kluger and Itzchakov label as togetherness may be created. The state of togetherness is a property of the dyad that cannot exist within one person. However, it could be assessed from the reports of the dyad members.

The state of togetherness

Kluger and Itzchakov define the state of togetherness as an episodic experience of “chemistry” and high-quality connection, in which partners co-experience a meeting of minds, where the feeling of time is suspended, and both parties are immersed in each other’s world or a newly co-created mutual space.

Togetherness can be characterized by three main features: shared attention, shared reality, and positivity resonance. Within the state of togetherness, attention may be focused either on a common goal or on the speaker’s concerns. The experience of togetherness can be expected to generate positive emotions, even if the content of the conversation involves negative emotions, because it addresses cooperation and change needs of the dyad members.

The effect of togetherness on cognitions

When a pair of people are in a state of togetherness, their minds are free to engage in divergent thinking to a degree rarely experienced outside this state. This thinking occurs through two complementary processes.

First, foreign cognitions of the other penetrate and influence the self’s cognition. The unique social form of the dyad provides an opportunity for heightened psychological safety and intimacy, such that dyads might provide a context that benefits creativity in ways that working alone or in a group cannot. This intimacy changes the interpretation of divergent ideas from a threat into an opportunity. Moreover, in this intimate space, the partners elaborate on each other’s suggestions and criticize them in a manner perceived to advance the ideation and not attack the other.

Second, the state of togetherness expands the accessibility of conflicting cognitions. Listening-induced togetherness increases the speaker’s objective attitude ambivalence – the co-presence of opposing emotions and cognitions concerning a given topic. Thus, the listening-induced reduction in threat to the self causes the speaker to become aware of – and tolerate – conflicting aspects of their thoughts.

In sum, togetherness facilitates divergent thinking, novel perspectives, and cognitive change. Yet, togetherness is short-lived because the change which it induces threatens satisfaction of an opposing need, namely for stability. Kluger and Itzchakov predict that the conversation partner that reaches their threshold for change will terminate the state of togetherness by excusing themselves, changing the topic, or cracking a joke. Thus, any construct increasing resistance to change would decrease both the likelihood of the occurrence of togetherness and its longevity. Nevertheless, in the wake of a togetherness episode, both conversation partners emerge changed and are more likely to repeat a togetherness experience once their processing of the change is complete.

The outcomes of togetherness

Participation in the togetherness experience leaves both conversation partners with clarity, novel plans, new knowledge, heightened well-being, and strengthened attachment to each other. Clarity is produced by togetherness because it facilitates reflective self-awareness (non-defensive introspection).

Finally, listening-induced togetherness reinforces the connection between the speaker and the listener. Therefore, in some organizational contexts, future listening episodes could further build relationships between the dyad members (e.g., supervisor-employee, teammates, and salesperson-customer). This improved relationship can translate into ongoing benefits for the dyad and the organization.

Next (and final) part (part 3): Cultivating listening in organizations. 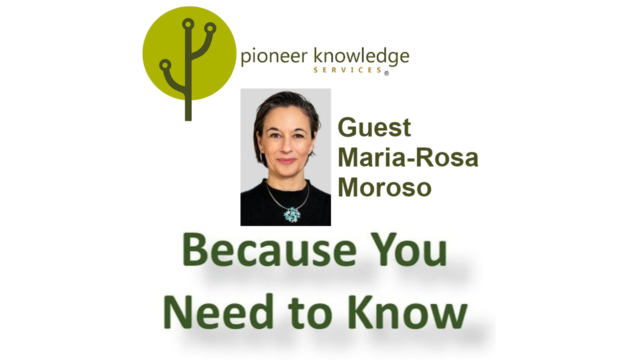 Because You Need to Know – Maria-Rosa Moroso 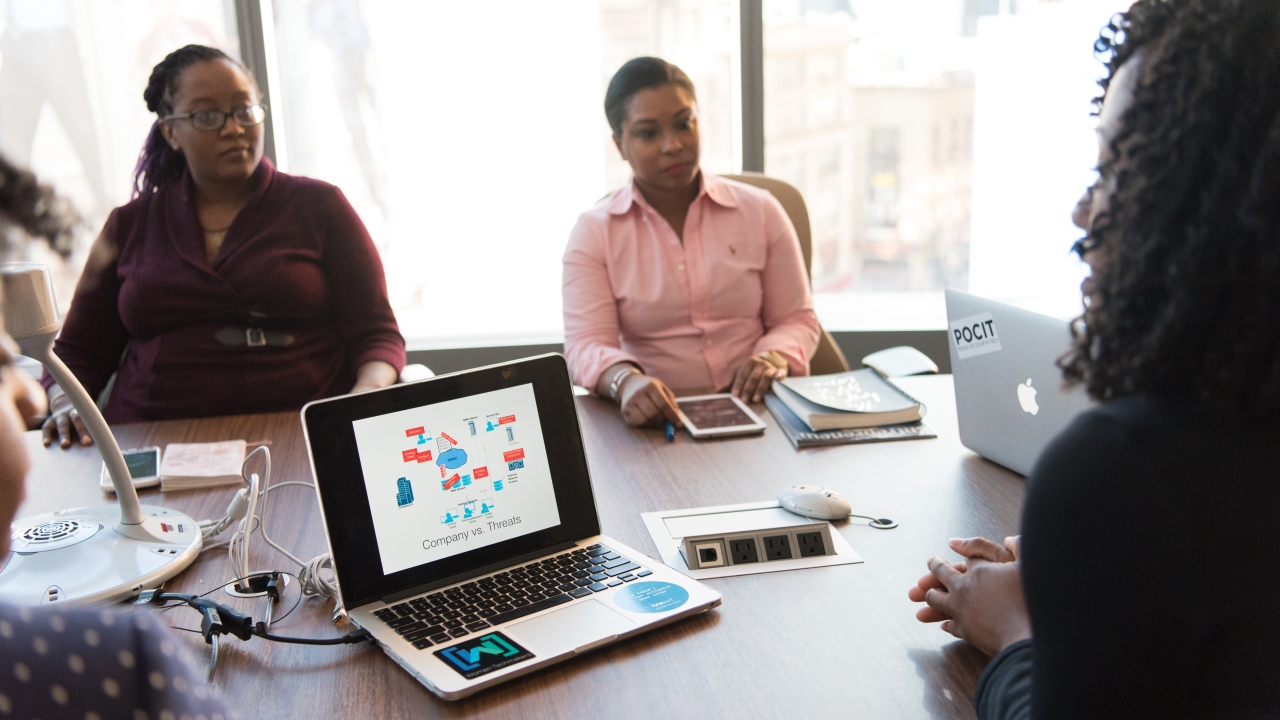 Unis want research shared widely. So why don’t they properly back academics to do it?