The ability to make the right decisions in high-risk situations is an incredibly valuable skill in our VUCA world. A new study1 from Northwestern University highlights the crucial role our social network plays in how successful these decisions turn out to be.

The longitudinal study explores various aspects of the structural balance theory (SBT), which entails an analytical framework for characterizing how relationships change over time. The SBT contains four rules to explain our relationship with others, stating that they are either:

If these conditions are met, the theory posits that the network is balanced. The researchers tested the theory by analyzing day traders over a two year period. The data revealed that people do indeed tend to gravitate towards a balanced state in their relationships, and performance seemed to improve when this balance was achieved.

“This data shows that companies reap the benefits when conflict among employees is reduced,” the researchers explain. “There are certain types of conflict that can’t resolve themselves. This work can help managers identify those conflicts and actively step in to resolve them, ultimately leading to better performance.”

The interactions of the day traders was gauged by monitoring their instant messaging communications, with the relationships observed then compared to the performance data for each trader. After controlling for factors such as the volatility in the market they were able to determine that traders with the highest level of balance in their social networks seemed to perform at the highest levels. What’s more, this trend emerged even after discounting the talent of the traders.

The researchers believe that their findings apply to any professional operating in a high-stakes environment, including politics, medicine and the military, but they accept that more research is needed to confirm that the rules apply equally in different domains.

Managing in the face of complexity (part 4.8): Appropriate approaches – 8. Networked management and co-management→ 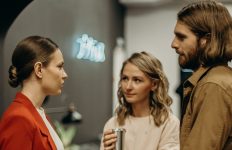 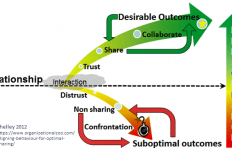