It can seem at times that we’re busier than ever before, but how much of what we load ourselves with is actually necessary? A recent paper1 argues that time has become the latest status symbol, so giving off the appearance of extreme busyness is as much to do with our egos as it is fulfilling useful work.

“When I say I’m busy, I convey status not through what I’m wearing,” the authors say. “but by signaling that I’m something that’s very scarce. I’m communicating that I’m high status because of the intrinsic value of myself and my human capital. It’s a more sophisticated and nuanced strategy than signaling through products. It’s about our intelligence and our inner-characteristics.”

The rise of the knowledge worker

The paper argues that this is largely a result of the rise in knowledge work over the last few decades. It’s a labor market that tends to reward bright and ambitious people for whom long hours are not something to be feared.

Social media has also played a significant role, as it has allowed us to signal in an altogether different way than in the past. Whereas previously we might have had to buy products to show off aspects of our personality, we can now do so for free by telling the world how incredibly busy we are.

Interestingly, the paper suggests that there may be cultural aspects at play too, with Americans tending to prize busyness more than their European counterparts. For instance, Italians were found to be more impressed by the person with time on their hands, with American respondents the opposite.

Of course, to add further complexity to matters, ones agency is also an important factor to consider when gauging whether busyness is seen as desirable or not.

“It’s very important for the behavior to be perceived as intentional,” the researchers say. “If it’s clear these people are working just to make ends meet, the positive inferences disappear right away. But if it’s understood that these people are just so in demand—that they choose to have no free time—that’s when higher status inference comes in.”

Of course, the apparent status attached to busyness doesn’t automatically mean we are busy. A study from last year showed that we are increasingly prone to faking how many hours we put in.

The study, from academics at Boston University, highlights that such boasting is particularly common among men, whose bold claims of doing 80 hour weeks are often enormous exaggerations, with the reality typically more akin to 50 or 60 hours.

The study wasn’t so much interested in the exaggerated claims as it was about how the male employees were managing their time so ‘efficiently’. It emerged that many of their attempts to reduce their work week, such as cutting down on business travel by taking more local clients, was done very much under the radar. It’s a trick that the authors believe many of the female employees they encountered were uncomfortable partaking in.

Whilst it’s easy to assume that long hours is a direct consequence of a poor workplace culture that rewards presenteeism rather than actual output, but the original study in this post reminds us that there may be other factors in play too.

Article source: Is busyness another form of humblebragging?

Are extroverts or introverts more likely to collaborate?

Just how rational is our thinking? Time for a reality check… [Thinking is hard series] 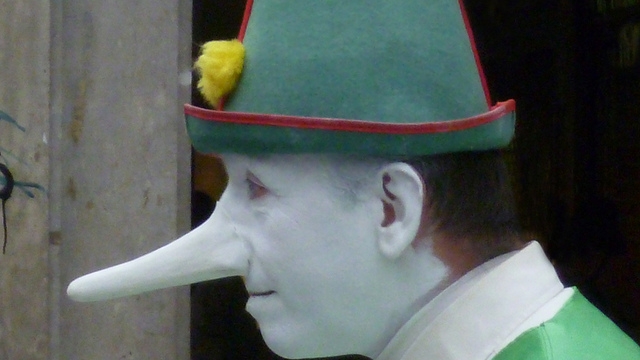