This is part 17 of a series of articles featuring edited portions of Dr. Maureen Sullivan’s PhD dissertation.

Overall, a three-part survey to measure independent constructs and personality dimensions as well as demographic information were distributed to the study sample. From the data collected, each hypothesis was tested using linear regression modeling for proof of the proposed moderation effects.

The International Personality Item Pool Big Five (IPIP-B5) was used to measure personality factors. The IPIP-B5 is a public-domain personality measure and was first introduced during the eighth annual European Conference on Personality in 19963. IPIP was created because researchers observed that little research on the science of personality assessment had been created since the initial personality inventories, developed over 75 years ago. As a result, it was suggested that a public domain be used to list a set of personality items. This would eliminate the constraints placed on copyrighted personality inventories and allow researchers to use the inventory for free and with any type of research. The items can be readily accessed from the IPIP website.

The initial set of IPIP had 1252 items and has grown to over 2,000 items. Each year, new sets of items are added4. The item pool in IPIP has been translated into 28 different languages, and formatted using short verbal phrases which are more appropriate than single trait adjectives. Examples of the short verbal phrases are: “Dislike being the center of attention”, “Enjoy the beauty of nature”, and “Get upset easily”.

Costa and McCrae‘s5 revised NEO personality inventory (NEO-PI-R), a 50-item IPIP-B5 representation of the domain constructs of the five-factor model, was selected for use in the personality and technical knowledge management systems study for a variety of reasons. One reason is that the NEO-PI-R is an extensively used inventory and a broad literature review on the constructs related to various behavioral criteria. In fact, the scales of the NEO-PI-R have been helpful in other applied fields. “The IPIP contains scales that have been shown to correlate highly with the corresponding NEO-PI-R domain scores, with correlations ranging from .54 to .92 when corrected for unreliability” 6.

Additionally, the IPIP-B5 scales also scored higher that the NEO-PI-R versions of the same constructs as forecasters of self-reported behavioral acts7. The IPIP-B5 representation is available for free and can be accessed in the public domain8. Finally, besides being free, the instrument is not lengthy like many other personality instruments.

Surveys submitted via the web are subject to high dropout rates, which can be caused by the ease of leaving a web survey compared to leaving an in-person survey9. Knapp and Heidingsfelder10 emphasized that it is likely that a large amount of people may abandon the survey if longer questionnaires with a long personality inventory and other types of questions are administered. The abandoning of the survey may lead to selective drop out and those who drop out early differ from those who complete the survey on the personality traits of conscientiousness and patience. Consequently, this results in the inability to generalize the findings of this study and thereby biasing the study results. Due to this issue, short scales are more desirable for online use11.

In summary, the IPIP instrument was used for the assessment of the five-factor model of personality.

This instrument has been used in many other studies that measured the relationship between personality traits and some of the four constructs in UTAUT. These studies are discussed in the article titled Use of five-factor model of personality types in technology acceptance. 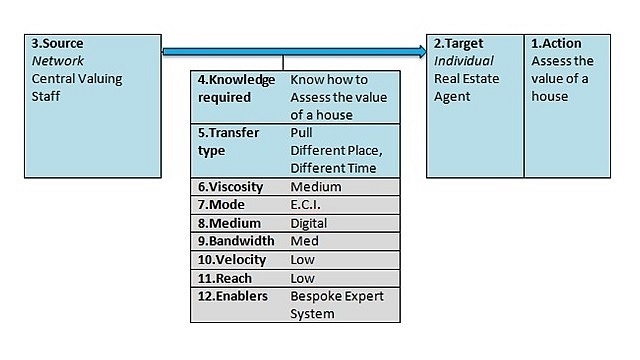