I have a funny relationship with planning, in that whilst preparation is undoubtedly key, I think it’s incredibly dangerous to assume that your plans will run just as you predict they will.

That almost never happens, and therefore your plans should be as adaptable as possible. An interesting new study from a team of researchers from the University of Zurich suggests that having various plan B’s can actually impact our decision making.

“We posit that backup plans change the way that a person pursues a goal, as well as the likelihood of achieving it, even if the backup plans are never used,” the authors say. “In some cases, backup plans are a safety net supporting goal pursuit; however, in other cases, they constitute an unnecessary expense that can undermine motivation to persist with a first-choice plan.”

So, in other words, by creating a backup plan, we can divert precious time and energy away from actually giving plan A the best shot possible.

They came to this conclusion after testing whether having a back-up plan gave participants reassurance, or whether they distracted them from the main goal.

The goal in question was to get participants throwing a ball into a can from a distance. The control group were simply told to throw the balls into the can, with five warm-up throws followed by ten official attempts.

The second group were allowed to switch between a small ball or a larger ball for the five practice throws. The hypothesis is that this distraction would harm performance.

This is there the catch comes in, for the results are as yet unknown, with the above merely a theory of what might/should happen. The theory goes that we underestimate how much of a cost having backup plans will incur, and therefore underestimate their impact on plan A.

“The world is probabilistic; it is never guaranteed that a person’s means will necessarily lead to their desired ends. One of the hallmarks of self-regulation is to manage this uncertainty and to cope with setbacks or failures to reach one’s goals,” they say.

The reaction to failure

It brings to mind the current culture regarding failure, and the acceptance of it as a natural byproduct of innovation. By making it so acceptable, are we making it ok to not commit properly to plan A?

It brings to mind the famous story of Hernan Cortes, the famous Spanish conquistadores, who when he landed on the beaches of Mexico, hopelessly outnumbered against the vast Aztec army ordered his ships to be burnt so his men knew that failure was not an option.

There was no plan B. No method of escape. Ok, I know there have been doubts cast over the veracity of that story, but it provides a nice contrast to the notion that failure is ok. Like Cortes, you should assume success, not failure, in whatever you set out to do.

Whether having a back up plan hinders those chances of success is perhaps still open to debate. Let me know your thoughts in the comments below.

Article source: When having a plan B backfires.

Image source: No Plan B by ND Strupler is licenced by CC BY 2.0. 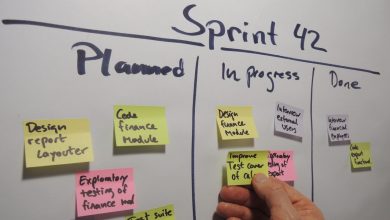 Using Trello in a business context

Planning and strategy development in the face of complexity series (part 11): Examples of complex planning with logical frameworks