With hybrid work likely to be a factor in work in the post-Covid landscape, it’s perhaps understandable that attention has turned towards how such teams can function effectively.  Indeed, it’s a topic I’ve looked at myself too.  One apparent finding from the pandemic period is that virtual teams have been as productive, if not more so, when dealing with business as usual, but less effective at creating and innovating.

Research1 from the University of Maryland School of Social Work in Baltimore explores how virtual teams can remain productive while sharing the kind of knowledge required to innovate effectively.  The researchers reviewed 21 articles looking at virtual teams from over 40 countries.

The analysis revealed the importance of HR practices that allow for team members to effectively collaborate across both distance and time.  In reality, however, the role of HR needs to change across the whole lifecycle of the team, from the way people are recruited, to their onboarding, and eventual working together.

For instance, during the recruitment phase, it’s likely that roles and job descriptions will be defined differently, which will help to set expectations for how virtual teams will operate.  The onboarding process will similarly need to be adapted, and the research literature suggests at least some time spent face-to-face is important to help connect people and integrate them with the organization.

In terms of managing performance, the authors argue that HR will need to adapt its practices to ensure that hybrid or virtual teams work well.  This will need to include consideration for things like knowledge sharing and collaboration.

Getting the tools right

To achieve this, it’s likely that teams will need to have the right tools available to them to allow time and geographic barriers to be overcome.

To ensure the right tools are utilized, the researchers argue that managers need to consider the optimum fit between the technology and the task, and the requirement for synchronicity in terms of knowledge sharing.

It’s a field that is pleasingly getting more and more attention, with research2 from Curtin University providing some tips on how to make your virtual teams thrive.

The research examined various aspects of virtual teamwork, whether via email, video conferencing, or other virtual tools.  The study especially focused on how these tools and the design of tasks affected the functioning of the teams.

“There are many benefits of virtual communication and collaboration including being able to draw experts from all over the globe, lower maintenance costs for office spaces, working in different time zones, increased flexibility, less time spent communicating and better work-life balance,” the researchers explain.  “Despite the obvious benefits, there is evidence to suggest that virtual teams can lead to team performance decline. Our research aimed to examine whether a potential negative impact of working virtually on overall team functioning can be mitigated, or even reversed, by the team’s work design.”

The researchers were able to identify instances where virtuality did not result in the functioning of the team, and indeed instances where working virtually seemed to enhance team performances.  The key appeared to be how work was designed, with elements such as job autonomy, feedback, and social support crucial in the best performing virtual teams.

Feedback, for instance, was invaluable in reducing the negative consequences of the lower interactivity common in virtual environments, whereas higher autonomy supported team members in switching between various communication channels.  Social support was vital in compensating for the lack of trust and cohesion that we so often get from physical teamwork.  Last, but not least, task interdependence was also vital, as this was found to boost the motivation, creativity, and learning of team members.

“We found that when teams have more complex, ambiguous, non-routine, and pressured tasks, it is quite challenging to achieve high levels of performance as a virtual team,” the authors conclude.  “It is especially important in these more difficult situations to provide support and autonomy to virtual teams so they can work together well as a team.”

The importance of someone who understands organizational knowledge 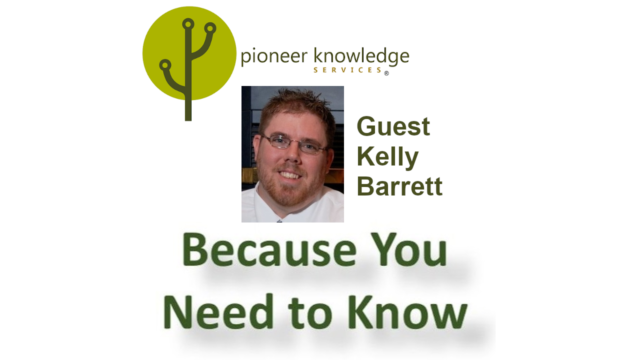 Because You Need to Know – Kelly Barrett