Academia is a hive of great ideas and potential innovations, but the pathway from laboratory to marketplace is often incredibly long and uncertain.  In a world in which ‘the future already exists, but it’s unevenly distributed’, being able to tap into this expertise faster than your rivals could be a key source of competitive advantage.

New research1 from INSEAD suggests that a key way for companies to better tap into the expertise of academia is through geographic clusters of corporate R&D facilities.

The researchers trawled through around 45 million journal articles published between 1955 and 2017, assigning each article a technological specialty and the location of the authors.  They also assessed the patent database to determine how many patents cited these articles, and the location of the inventors.  This allowed them to determine innovation hubs, where the majority of patents were forged.  Interestingly, it emerged that just 3.8% of academic articles were produced within these regions.

The power of hubs was emphasized by the finding that those academic articles that did emerge from hub regions received an average of 4.6 times more citations in patents than papers from non-hub regions.  Indeed, papers published in hub locations were also more cited in academic journals, with an average of 81% more citations, having also typically been published in more prestigious journals.  Finally, they scored around 115% higher in the journal commercial impact factor score, which is a measure designed to gauge the impact of research.

The data suggests that young, scientifically-oriented companies were especially interested in knowledge emerging from hub-based academia.  This prompted the researchers to explore what it was that set hub-based knowledge apart.  They analyzed patent citations for 147 discoveries that were made simultaneously, with some made in hubs, and others outside.

Once again, it was clear that paper originating in hubs were more likely to be cited than their peers elsewhere, with the authors speculating that firms believe such knowledge to be more useful, and they’re more exposed to it due to their geographic proximity.

The authors highlight how looking for knowledge in hubs may seem logical, but you face higher competition when doing so.  The flip side is that knowledge from elsewhere may have less competition, but your search costs may increase.  As such, they believe there is a clear logic for firms in fast-moving sectors to focus their energies on hubs.

While location is no guarantee that knowledge will flow smoothly from academia to industry, the findings do suggest that both firms and universities should take heed of their location when ensuring the bridge between the two sectors remains well supported.

Article source: How To Bridge The Gap Between Industry And Academia. 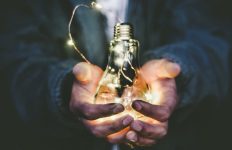