Academia is in the midst of a crisis of relevance. Many Americans are ignoring the conclusions of scientists on a variety of issues including climate change and natural selection. Some state governments are cutting funding for higher education; the federal government is threatening to cut funding for research. Resentful students face ever increasing costs for tuition.

And distrustful segments of society fear what academia does; one survey found that 58 percent of Republicans and Republican-leaning independents say colleges and universities have a negative effect on the way things are going in the country.

There are multiple causes for this existential crisis, but one in particular deserves special attention. The web is fundamentally changing the channels through which science is communicated – who can create it, who can access it and ultimately what it is. Society now has instant access to more news and information than ever before; knowledge is being democratized. And as a result, the role of the scientist in society is in flux.

But rather than facing this changing landscape head on, research shows that many in academia are resisting its inevitability. In many ways, this response has parallels to that of the Catholic Church in the wake of the invention of the printing press and its role in hastening the Protestant Reformation. I hope this comparison offers a compelling provocation for the scientific community to come to grips with the cataclysmic changes we are now living through and ignore at our peril.

Developed by Johannes Gutenberg in the mid-15th century, the printing press made books cheaper and easier to produce. Where a monk might be able to copy four or five pages a day, a printing press could produce as many as 3,600 a day.

Fifty years later, Martin Luther leveraged the printing press to bring about the Reformation, whereas others who previously lacked the technology could not. Building on his 95 theses, hundreds of thousands of his pamphlets were printed, offering interpretations of the Bible that differed from those of the Catholic Church. Others printed their own pamphlets, offering even more interpretations (of varying quality) on what the Bible can and did say. These pamphlets were consumed by an interested public who could now access the Bible directly, since it was one of the first books printed.

In response, the Catholic Church argued that the written word was reserved for “God’s chosen priests” and not for regular people and sought to put the genie back in the bottle by shutting down printing presses, labeling the purveyors of alternative views as heretical and publishing their own pamphlets.

As we all now know, it didn’t work. The world changed in ways that were unstoppable. The Catholic Church is now one of many authorities on the Bible, as there are now a variety of accepted approaches to interpreting scripture that build off of various traditions, often with interchange and collaboration among them. In the coming decades, it would be reasonable to expect the same fate for today’s notions of science.

The web and ‘alternative science’

The arrival of the World Wide Web has many parallels to the emergence of the printing press. By the mid-to-late 1990s, the web had grown in distribution and come into common usage.

One outcome of this wider usage, particularly as we entered the 2000s, was easier access to scientific information from a wider variety of sources. And, just as had happened to the Catholic Church, the academy and scientists are being displaced as but one arbiter of scientific knowledge among many. Though competing and questionable scientific findings are not entirely new – notably on the link between cigarettes and cancer in the 1960s – the web now makes it possible for the general public to mine the web for scientific information on a completely different scale and either draw their own conclusions or rely on other’s interpretations about what it says.

Ask any doctor today what it is like to offer a diagnosis with a proposed treatment plan and have the patient offer their own web-based diagnosis. Ask a parent who chooses not to vaccinate their child for fear of autism or someone who denies the science of climate change, and they can present a string of web-based scientific studies to defend their position.

There is now a proliferation of alternative science (of varying quality) through media outlets and pseudo-scientific journals that leave many within academia discouraged and demoralized.

The academy has, in effect, entered its own period of “reformation” with its authority in flux. Just as the Protestant Reformation was anchored in some very legitimate criticisms of the Catholic Church, notably indulgences, this reformation is anchored in some very legitimate criticisms of academia – rising tuition, perceptions of a liberal bias, charges that scientific research cannot be reproduced and thus verified, and questions of the social value of much academic research.

But, many scientists are responding to this reformation’s challenge by trying to question the validity or credentials of other voices, or dismissing misinformed people.

Research shows that many scientists do not see it as their role to educate the public and can be dismissive of both those who do and the channels with which they do it. Surveys show that only 24 percent, for example, admit to writing blogs and nearly 40 percent vow never to use Twitter or Facebook for academic purposes despite the reality that we have a president who has shown the rising influence of social media.

Indeed, there are many within the public who feel a distasteful level of condescension and disdain from academic scholars who see themselves as separate and superior. In the words of one scientist, writing in the comments section of an online essay on this topic, “I would love to explain (my research to the public) but I cannot. I cannot teach my pet hamster differential equations either.”

But this attitude only erodes the trust between the public and the academy. Just like the church’s failed response to the Reformation, this resistant and defiant response won’t work either.

Taking to the web

In the face of the changes wrought by the web, the academy must evolve in multiple ways. For example, scientific research in the 21st century should find ways to break down the artificially narrow disciplinary silos that have come to dominate academic life, and link multiple disciplines in research that reflects the complexity of real-world issues.

Next, it must move toward transdisciplinary research to recognize the knowledge that emerges from interacting with communities outside the academy and resides in places other than academic journals, including the web. Local communities, for example, can be useful partners in urban research studies and business, and nonprofits can have much to offer in research projects that study the market.

Further, colleges and universities must accelerate teaching of how to become discerning consumers of online content, being able to distinguish rigorous and objective research from content that may have a political agenda and bias, or represents shoddy or unreliable methodology, data and review.

Next, scientists will be expected to communicate more effectively with consumers of scientific knowledge to explain not only what its research shows, but also how it arrived at its conclusions and the value those conclusions bring to society. This task will involve a new set of skills in communication, storytelling, narrative and the use of the web that scientists lack today.

Some within the academy are beginning to adapt. Indeed, studies find that some academics use the web to boost their professional presence, post content related to their work, discover related peers, find recommended research articles, test new ideas and participate in discussions on research-related issues. One study even found that social media platforms like Twitter increase exposure for academic research within the academy.

Such shifts will be impossible if they are not supported by new forms of training and rewards. And some signs of change are becoming visible. The American Sociological Association published a report on how tenure and promotion committees might consider researchers’ involvement in public communication and social media.

The Mayo Clinic and Michigan’s Ross School of Business have gone one step further, adding social media and professional impact, respectively, to their annual review processes. New metrics, like Altmetric and Impact Story are searching for ways to quantitatively measure such practical impact. And, going to the source, Responsible Research in Business and Management is seeking to promote more top-tier research that addresses problems important to business and society. These changes reflect the growing interests of a new cadre of doctoral students and junior faculty who want to have more real-world impact with their work.

In the end, the challenges that science and the scientist now face offer an opportunity to revitalize the academy by connecting it more deeply with the society and world it studies. It also offers the opportunity to revitalize our democracy by increasing the scientific literacy of an informed electorate. Both foretell an evolving role of the scientist that is more in line with what many have long seen as its special and honored place in society, not separate or above it, but part of it. In many ways, this is the fulfillment of the social contract that many believe the scientific community has always been obligated to honor.

Andrew J. Hoffman, Holcim (US) Professor at the Ross School of Business and School of Environment and Sustainability, University of Michigan

Header image source: Tweeting DIY by Raffi Asdourian is licenced by CC BY 2.0. 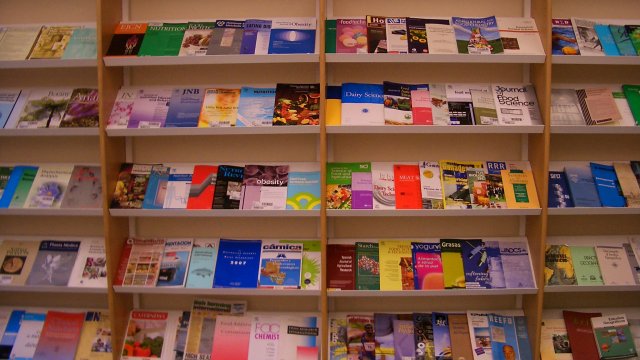 Initiatives address the dark side of academic publishing 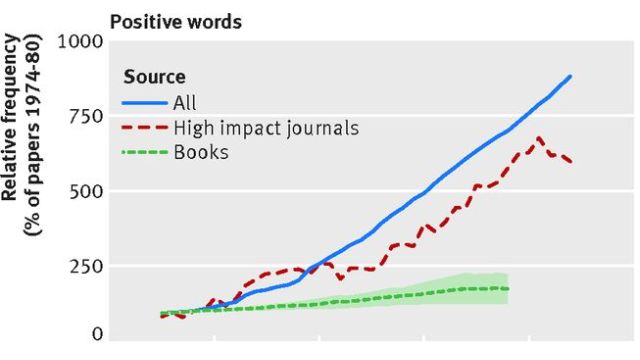 Exploring the science of complexity series (part 8): Applications in the social, political and economic realms