This is part 50 of a series of articles featuring the book Beyond Connecting the Dots, Modeling for Meaningful Results.

This section places the modeling techniques introduced earlier in this interactive learning environment (ILE) within a firm mathematical framework. The contents of this chapter are quite technical, and to fully understand them requires knowledge of basic calculus and linear algebra. We present the material because it is important both for readers who want a deep understanding of how their models operate and those who wish to understand how System Dynamics fits within the larger field of mathematical modeling. Users who approach systems thinking and modeling from a more qualitative angle may browse or safely skip this material.

The resulting differential equation exponential growth model can be written simply as:

This indicates that the rate of change for the population for one unit of time is α × P. Our model is not quite fully specified yet, as we do not know what the initial value of the population is. Differential equation models are often additionally specified by providing the values of the state variables at a specific point in time. Below we indicate that the population size at time 0 is 100.

Since they do not differ significantly from a mathematical standpoint, what separates these two approaches to modeling? Where System Dynamics and differential equation modeling differ is in their focus and philosophy. The primary goal for differential equation modelers is analytic tractability (in other words, how easy is it to mathematically manipulate and understand the model’s equations?). This analytic tractability allows these modelers to derive definite results and conclusions from the model’s equations. System Dynamics modelers generally are less concerned about analytic tractability and are more comfortable with simulating the model and drawing conclusions from observed trajectories and numerical results.

To go further, System Dynamics modelers care greatly about communicating their models, deliberately mirroring reality to some extent and exploring the consequences of feedback. The differing focuses on communication between System Dynamics modelers and differential equation modelers can be seen in the method of naming variables. Differential equation models are generally dominated by abstract Greek symbols (e.g. α) while System Dynamics models generally clearly spell out variable names (e.g., “Birth Rate”) and additionally use a model diagram to illustrate and communicate the relationships among different parts of the model.

Next edition: The Mathematics of Modeling: Solving Differential Equations. 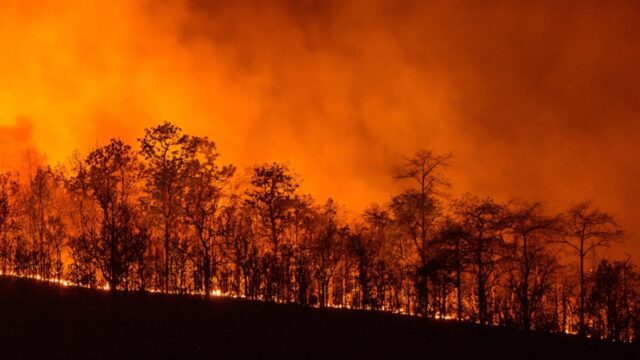