The Organisation for Economic Co-operation and Development (OECD) advises that:

“The knowledge based economy” is an expression coined to describe trends in advanced economies towards greater dependence on knowledge, information and high skill levels, and the increasing need for ready access to all of these by the business and public sectors.

Aligning with this, Sweden, Finland, and Denmark are also ranked in the top ten countries on the Social Progress Index, and have high per capita GDP.

The systematic literature review first involved a search of Scopus and institutional databases, focusing on journal articles relevant to knowledge-based economy practices in the selected countries. In this step, only the titles, abstracts, and conclusions of papers were examined. The Scopus search returned 74 papers, 31 of which were relevant, while the institutional library search returned 2,153 papers, 134 of which were relevant. Further papers were eliminated following in-depth reading. The final number of the articles was 92, made up of 49 for Sweden, 26 for Finland, and 17 for Denmark.

The nature of human capital needs to be considered in the implementation of the knowledge management process through belief and intention management as a main driver of knowledge-based economy function. This calls for cognitive leadership, defined as the ability to resolve coordination problems by influencing beliefs through the approaches of conceptualization and explanation. 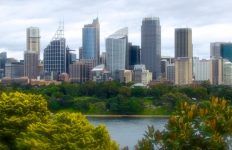 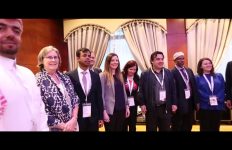 Quality of Library and Information Training and Educational Programs: The Way Map Toward Accreditation→