If there has been one constant about the discipline of knowledge management, it is the inclination of its practitioners to argue about the fundamental definitions of the concepts it purports to manage. What is data? What is information? What is knowledge? And most problematically of all, what is wisdom?

The origins of “wisdom” as a key concept of knowledge management are likely derived from the DIKW pyramid, a widely-debunked theory which grossly oversimplifies the progression from raw data to the deepest insights. Many KM practitioners (including the author) felt that as a concept, “wisdom” lacked differentiation from “knowledge” since both essentially describe a capability for effective decision-making.

However, a recent study1 by psychologists at Harvard and the University of Toronto compared the functioning of young and old brains in a way that lends itself to an intriguing new definition of wisdom which can be more objectively assessed:

Young children who have yet to master cognitive control—and thus aren’t good at homing in on specific information—are particularly good at gleaning patterns across large data sets. That talent is partly why kids can easily sponge up languages and tricky grammatical structures … [similarly] older adults picked up what seemed like irrelevant information that a controlled mind might have ignored and then used that info to form associations later—an unquestionably useful skill …

Researchers hypothesize that [loose] cognitive processing [allows] broader or unexpected associations and connections. For instance, in another study, older adults beat out their younger peers at a “remote-associates task.” … the authors suggest that an aged mind is a wiser one that makes better decisions by inadvertently bringing relevant and irrelevant information into new contexts. (Emphasis added)

In other words, wisdom can be seen as the result of both experience and loose cognitive control. This model allows us to define wisdom as “a cognitive ability to derive conscious insight through previously weak associations between current and past experiences”.

Such a definition recasts wisdom as a genuinely measurable attribute, quite distinct from knowledge which orients around actionable cognitive capabilities. It is certainly worth considering as a candidate for adoption into our KM frameworks and model.

Header image source: Wisdom by Jon-Eric Melsæter is licensed by CC BY 2.0.

How power influences our cognitive performance→

The cognitive diversity that makes for the best teams→ 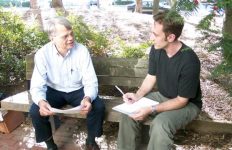 The rise of the modern elder→ 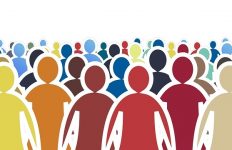 How the crowd can become wiser→