Part 3 of a miniseries reviewing selected papers from Altmetric’s list of the top 100 most-discussed journal articles of 2017.

Smartphones have brought a highly connected world into our pockets and palms. We interact with them constantly, checking a wide variety of news and information sources, making purchases that are delivered to our door, chatting with friends across the globe, and checking out potential romantic partners.

While smartphones bring us the benefits of ready access to information and our social networks, research has shown that they also cause cognitive deficits. The research conducted to date has focused on the impact of smartphones on our attention orientation, finding for example that using a smartphone while driving causes delayed reaction times and lapses in attention.

But what if just the mere presence of our smartphone impacts on our cognitive capacity? An April 2017 study1 set out to investigate this, with the researchers proposing that “the mere presence of one’s smartphone may impose a “brain drain” as limited-capacity attentional resources are recruited to inhibit automatic attention to one’s phone, and are thus unavailable for engaging with the task at hand.”

The researchers conducted two experiments to test this hypothesis, finding that:

…the mere presence of consumers’ smartphones can adversely affect two measures of cognitive capacity—available working memory capacity and functional fluid intelligence—without interrupting sustained attention or increasing the frequency of phone-related thoughts. Consumers who were engaged with ongoing cognitive tasks were able to keep their phones not just out of their hands, but also out of their (conscious) minds; however, the mere presence of these devices left fewer attentional resources available for engaging with the task at hand.

The potential implications of this include:

From their findings, the researchers suggest that intuitive solutions to smartphone-induced brain drain, such as placing the phone face down or turning it off, are likely to be futile. Separation can however work, as long as people are expecting to be separated from their phones and so are not confronted with calls or notifications they are aware of but can’t answer. If people can hear their phones ring while being unable to answer then they can suffer anxiety. 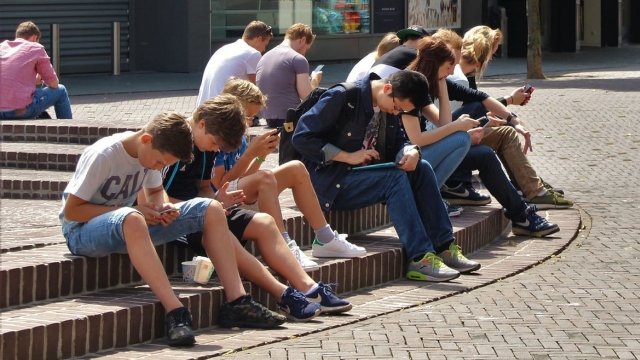