This is part 7 of a series of articles featuring edited portions of Dr. Maureen Sullivan’s PhD dissertation.

An extension to the technology acceptance model (TAM) was developed by Venkatesh and Davis that outlined perceived usefulness and usage intentions as it related to the processes of social influence and cognitive instrumental1.

TAM2 incorporates the subjective norm, voluntariness, and image, which are three interrelated social forms. These forms help to determine if an individual will adopt or reject a new system. In addition to these three forms, Venkatesh and Davis indicated that the cognitive determinants of perceived usefulness in TAM2 could be described as perceived ease of use, output, output quality, and job relevance. These instrumental determinants are defined in Figure 2.

Consistent with the theory of reasoned action (TRA), subjective norm is what other individuals, important to the subject, think about the subject performing or not performing a particular behaviour. TAM2 indicates that, “in a computer usage context, the direct compliance-based effect of subjective norm on intention over and above perceived use (PU) and perceived ease of use (PEOU) will occur in mandatory, but not voluntary, system usage settings”. In TAM2, voluntariness is, therefore shown as a moderating variable. TAM2 suggests that the subjective norm positively influences image because, if an individual‘s work group considers it important to perform a task (e.g., using a system), performing the task elevates the individual‘s image in the group. Additionally, “TAM2 theorizes that direct effect of subjective norm on intentions for mandatory usage contexts will be strong prior to implementation and during early usage, but will weaken over time as increasing direct experience with a system provides a growing basis for intentions toward ongoing use”.

Job relevance, output quality, result demonstrability, and perceived ease of use are a series of determinants of perceived usefulness in the TAM2 model. Job relevance is based on the system ability to support an individual‘s job function . Venkatesh and Davis described “output quality as an individual‘s perception of how well the system performs a specific task”. Result demonstrability implies that individuals will have a more positive attitude about the system‘s usefulness if the differences between usage and positive results can be easily observed. Moreover, perceived ease of use examines how easy or effortless a system is to use. Venkatesh and Davis asserted that TAM2 proposes that all cognitive instrumental processes positively influence perceived usefulness and, ultimately, an individual‘s intention to use an information system.

Overall, once the adoption of a system moves beyond an individual decision to a team decision, social influence processes must expand beyond TAM2.

Next edition: Unified theory of acceptance and use of technology.

Digesting the future of work→ 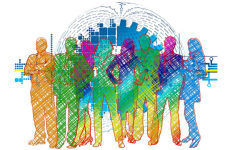 Making sense of, and making progress with, Industry 4.0→ 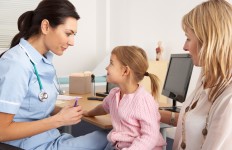