Originally posted on The Horizons Tracker. This article is part of two series: quality of science and science communication and stakeholder and community engagement.

The scientific world is in the midst of something of a crisis at the moment, as the world derides experts, and alternative facts are presented with equal credibility to proven evidence. New research1 from Tepper School of Business reveals how people often react negatively when they don’t understand the science in question, and that these gaps in understanding are often driven by differences in values, perspectives and knowledge.

These representational gaps, or ‘rGaps’ explain why so many discussions around science descend into arguments. The authors believe that rGaps occur because people make numerous assumptions based upon their knowledge and experience. When these assumptions then don’t align, it causes each party to look at the situation from completely different points of view, often then talking past each other rather than listening and learning.

This can be compounded by a lack of shared technical understanding of a given topic, which can make attempts to find common ground and communicate the essence of the science more difficult.

A key first step is to not take one’s technical knowledge for granted, which is something experts can often do. What is obvious to them is quite probably not obvious to others. For instance, a parent who doesn’t wish to vaccinate their child may provoke an instant, negative reaction in a physician, who can easily view them as ignorant and irresponsible.

“These debates represent significant rGaps,” the researchers explain. “Each side believes they have good evidence, belief systems, and values. But rather than explore each other’s evidence, people try to defend their knowledge. As a result, the conversation will escalate into arguments and attacks. It’s very hard to get back to the debate about what is evidence, what is factual.”

The knowledge many people may have is possibly incorrect, but that doesn’t make their concerns or motivations illegitimate. The best communicators show respect for these concerns and attempt to understand why people are fearful so they can address their concerns. Only through this can the rGap be closed.

This attempt to understand, and respect, the other parties perspective is also likely to increase trust in the information they are sharing. For instance, the scientist that is able to incorporate an understanding of the doubter’s perspective into their message is more likely to highlight that they have the best interests of that person at heart.

It’s hard to dispute that many people lack knowledge of various topics, but the point of the rGap is to accept that if people believe their own values are being criticized, they are much less open to learn new things.

“People’s perspectives are their realities,” the authors explain. “It starts by giving more respect and legitimacy to the other person’s concerns, and asking, ‘What is the thing I would agree with there?’” Weingart adds, “And if this doesn’t occur and people become insulted, they will likely double down on their opinions—or shut down completely.”

They believe that if we can exert a lot more patience and look to understand others before trying to be understood ourselves, that would be a good start to help improve the national discourse. 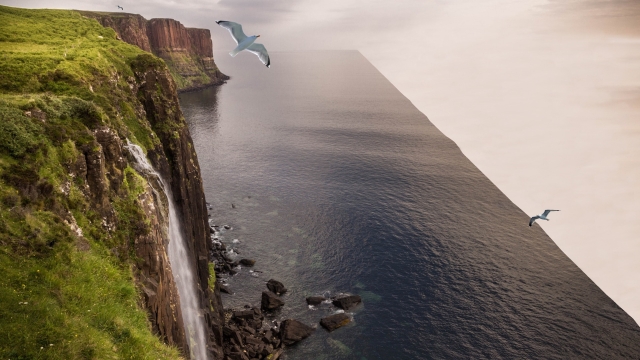 Exploring the science of complexity series (part 22): Conclusions – What do the complexity science concepts offer to those facing international development and humanitarian problems?