Managers often reflect on what they might do to help their company, business, or agency hit new heights.

Fortunately, there are a plethora of management methodologies that you can choose from to help turn your organisation into a peak performer. But how to choose the best methodology from the great array of offerings?

The first thing I recommend is to look for a TLA (three-letter acronym). As Professor Edsger W. Dijkstra advised us back in 1988, “no endeavour is respectable these days without a TLA.” As well as being a mark of respectability and credibility, choosing a management methodology with a TLA will also help you with organisational buy-in, no doubt drawing the enthusiastic support of your CEO, COO, CKO, CIO, CFO, and CSO.

It is also possible to consider an ETLA (extended three-letter acronym) management methodology, but I would warn that great care needs to be taken as ETLA methodologies are generally not as well known as TLA methodologies (and note that it is seriously inappropriate to refer to an ETLA as an FLA – four-letter acronym – because FLA is very obviously a TLA). A notable exception to my advice against the use of ETLAs is the implementation of Strategic High Intensity Training, which many employees are used to receiving.

To illustrate the significant benefits that can flow from the use of TLA management methodologies in your organisation, let’s look at the case study of the IAT.

As an article in The Guardian advises, the IAT (implicit-association test) has become a widely used assessment of racial and other forms of prejudice, having been taken millions of times since its introduction. The test “measures the strength of associations between concepts (e.g., black people, gay people) and evaluations (e.g., good, bad) or stereotypes (e.g., athletic, clumsy).” You can take a test yourself.

It’s easy to see why the IAT is such a highly respected and widely used methodology. The IAT first entered the scientific literature in 1998, in a paper1 in the Journal of Personality and Social Psychology. This journal is published by the American Psychological Association, a highly respected scientific and professional organization of psychologists. Further, the test has been administered since that time by Project Implicit, a long-term research project based at Harvard University, one of the world’s most highly respected universities.

With these blue-ribbon credentials, and a great TLA, you clearly couldn’t go wrong in using the IAT in your organisation.

Sadly, the IAT is emerging as yet another well-entrenched management fad that actually has very little evidence to support it. And my discussion of TLAs was only partly tongue-in-cheek because TLAs like IAT are a popular way2 of promoting management fads.

Jesse Singal exposes the shortcomings of the IAT in an article in New York Magazine:

The problem, as I showed in a lengthy rundown of the many, many problems with the test published this past January, is that there’s very little evidence to support that claim that the IAT meaningfully predicts anything. In fact, the test is riddled with statistical problems — problems severe enough that it’s fair to ask whether it is effectively “misdiagnosing” the millions of people who have taken it, the vast majority of whom are likely unaware of its very serious shortcomings. There’s now solid research published in a top journal strongly suggesting the test cannot even meaningfully predict individual behavior. And if the test can’t predict individual behavior, it’s unclear exactly what it does do or why it should be the center of so many conversations and programs geared at fighting racism.

Singal alerts that the situation with the IAT is typical of the replication crisis3 in psychology:

At the moment, you may have heard, the field of psychology is grappling with a so-called “replication crisis.” That is, certain findings that everyone had assumed to be true can’t be replicated in follow-up experiments, suggesting the original findings were the result not of actual psychological phenomena, but of various flawed methodologies and biases that have crept into the scientific process.

Coinciding with Singal’s article, Olivia Goldhill presents a comprehensive critique of the IAT in Quartz. She states that:

There’s little doubt we all have some form of unconscious prejudice. Nearly all our thoughts and actions are influenced, at least in part, by unconscious impulses. There’s no reason prejudice should be any different.

What you should really be doing

If you really want to help your organisation to perform better, then as much as possible avoid management fads, including those with TLAs. Use only management methodologies that have a substantial evidence-base, and be prepared to carry out extensive research and analysis to identify and assess that evidence base.

CEOs are often the last to know 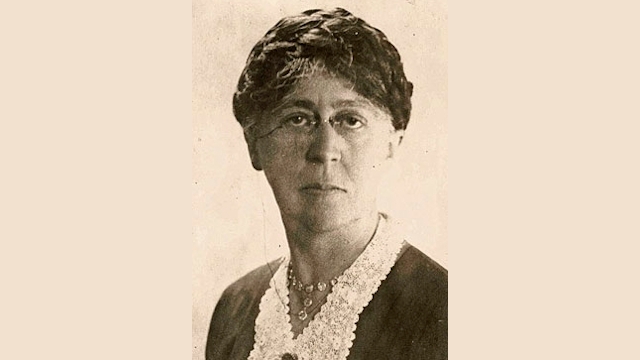 What about the role of the “Mother of Modern Management” in KM? 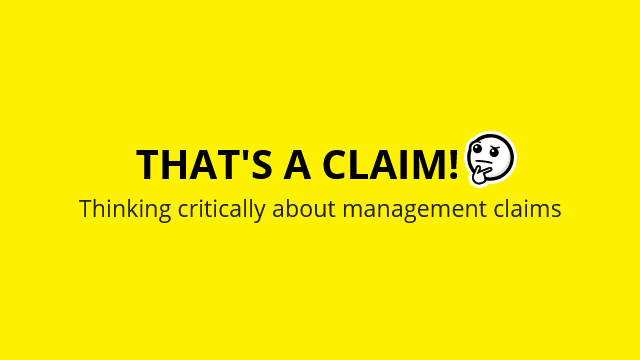