Google has recently released a video (above) and data on searches in 2015. It covers a variety of topics from tragedies such as the attacks on Paris to looking for the trailer for the Star Wars film “The Force Awakens”, to the Iran Nuclear Deal to the question of The Dress. This metadata set is rich, as it shows data which can be narrowed down by search time and country. The data from the top searches reveals much about the things we want to increase our knowledge of, and also perhaps sheds light on the concepts we want to understand. Furthermore, a more critical look at the implications of the searches reveals more areas of digital literacy that could be developed by citizens, organisations and even governments.

Firstly, the search results show what people are interested in throughout the year. Numerically, one can compare the 897 million plus searches related to the attacks on Paris in November to the 406 million plus searches for the 87th Academy Awards. It demonstrates the way the internet is used for finding information both for serious topics and also to entertain. With both, the internet is available to keep global citizens updated on events. Moreover, the release of the Google trends data shows the way search engines have become integrated as a key part of everyday life. Citizens ask Google the big, philosophical questions such as “How can the world find peace” to the little questions such as when a particular television program is on. As research by Kaspersky Lab has suggested, modern citizens have ‘Digital Amnesia’ in which one “[trusts] a digital device to store and remember for you”. This phenomenon is inclusive of search engines as citizens also trust search engines like Google to give answers. The questions that still remain are whether the answers are accurate and reliable and information professionals can help citizens learn from their searches.

Google’s official blogpost mentions that in the wake of the attacks on Paris in November, within two minutes people were searching for ways to help with the global community joining in under 10 minutes. This shows not only the solidarity of the global community through tragedy but the speed of transmission of data and the massive reach of the internet in 2015. Though it may be out of a desire to help or engage with developing news events, the ability for misinformation and spreading of rumours can occur especially when linked and shared through social media. This can cause panic with real consequences such as the increase of school evacuations due to the attention given to threats on social media. Although this article by the Ethical Journalism Network was published in 2013 in the aftermath of the Boston Marathon Bombings, the caution it issues remains relevant. It shows how unsuspecting victims can become casualties in the politics of terrorism when journalists and social media disregard ethical responsibilities. The Ethical Journalism Network notes, “At times of crisis people need access to reliable and trustworthy information, the problem is how to get it to them in an age when much of journalism and social media are overwhelmed by a rush to publish at the expense of truth and accuracy.” With citizens increasingly participating in journalistic activities online, whether it be providing updates on site or online, perhaps more attention should be drawn to sharing information responsibly.

One should keep in mind about the impressive amount of metadata compiled by Google is that it is not complete. Although Google is the top search engine in many countries, this article by Tech Crunch comments that “China, Russia, Japan, and South Korea, aren’t as well-represented in the Year In Search as the United States and other markets that Google dominates.” It would be interesting to see how metadata from non-Google search engines might compare to Google, which would in turn highlight the algorithms behind search engines which may affect the neutrality of its results.

Google’s Year in Search is a great way to see how Google uses metadata, but a question to keep in mind for the future is whether the use of metadata should come under government surveillance. An example would be Australia’s passing of the data retention policy in 2015. Furthermore, media attention to the surveillance powers of intelligence agencies has raised concerns over privacy. In conclusion, Google’s Year in Search is a fascinating look at the ways search engines have helped us beyond exploring information resources online by facilitating communities online and empowered citizens to engage with current events. Individuals and information professionals should keep questioning and analysing the answers provided by the search engines and continue to promote the responsible use of information.

The impact of social media on knowledge management 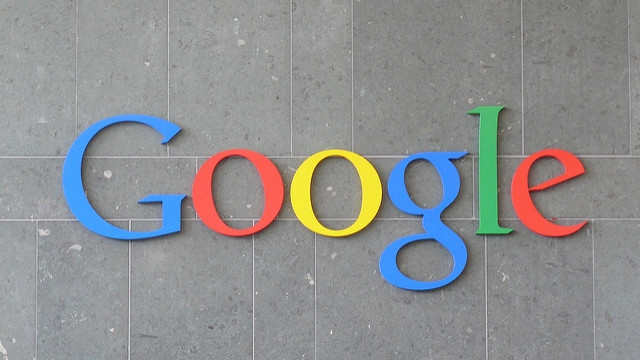 What the internet can teach us about speaking up at work