This article is part 5 of a series reviewing selected papers and associated commentary from Altmetric’s list of the top 100 most discussed and shared research and commentary of 2020.

How can minorities in society effectively influence change in the face of hostility from the majority? Omar Wasow explores this in the #29 most discussed and shared article1 in Altmetric’s top 100 list for 2020. The article is titled “Agenda Seeding: How 1960s Black Protests Moved Elites, Public Opinion and Voting.”

Wasow is an assistant professor of politics at Princeton University, and co-founder of the African-American social networking website BlackPlanet. His father is of German Jewish heritage, and his mother is African-American.2

Elite theorists of influence find that average citizens and mass interest groups exert minimal power. However, Wasow proposes the concept of “agenda seeding” to describe how minority group activists use methods like disruption to bring about change. To test this concept, he looked at black-led protests in the United States between 1960 and 1972, finding that:

But in contrast, he found that protester-initiated violence helped move news agendas, frames, elite discourse, and public concern towards the increased repression of minorities.

The findings of Wasow’s research are summarised in the model in Figure 1.

Wasow’s research shows that minorities can successfully influence change through the non-violent seeding of knowledge into the media agenda, and conversely, that violent activism produces negative outcomes.

In organisations, it can be difficult for groups of employees who can see the value of knowledge management (KM) to be able to successfully influence resistant senior management to bring about change. The lessons from Wasow’s research are that while employee activism can overcome this resistance, aggressive or confrontational activism can produce the opposite outcome – even more resistance. Because of this, approaches such as stealth KM or guerrilla KM are worthy of consideration.

Patterns of stories of organisational change

Challenging change management: The way out is through 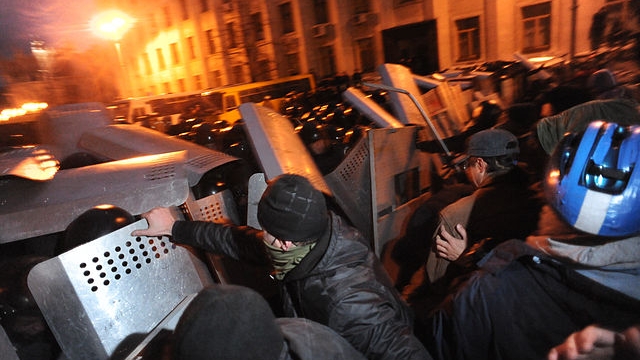 Social networks can predict the risk of protests turning violent