As we’ve previously discussed in RealKM Magazine, much of the mainstream media was taken by surprise by the election of Donald Trump as U.S. President, when they should really have seen the obvious groundswell of support for him.

So why was the mainstream media so myopic? One obvious factor is that the proportion of journalists who identify as Republican has been declining and is now very small: just 7.1% in 2013 as shown in Figure 11.

Nate Silver, the founder and editor-in-chief of FiveThirtyEight, argues that this lack of diversity in thinking among journalists led to a pro-Clinton groupthink that underestimated Trump’s chances.

Writing in Politico, senior media writer Jack Shafer and data reporter Tucker Doherty endorse Silver’s conclusion, but say that the journalistic groupthink is a symptom rather than a cause. To try to understand the American media landscape and how much it has changed, Shafer and Doherty mined labour statistics and cross-referenced them against voting patterns and U.S. Census data:

The results read like a revelation. The national media really does work in a bubble, something that wasn’t true as recently as 2008. And the bubble is growing more extreme. Concentrated heavily along the coasts, the bubble is both geographic and political. If you’re a working journalist, odds aren’t just that you work in a pro-Clinton county—odds are that you reside in one of the nation’s most pro-Clinton counties.

This trend can be clearly seen in Figure 2.

The second linked reason is the geographic clustering of industries, which Shafer and Doherty say has been happening for a long time, giving examples including the clustering of car companies in Detroit and the blossoming of Silicon Valley as an electronics hub.

While traditional newspaper publishers had to be locally-based, which prevented clustering, internet media doesn’t:

The online media, liberated from printing presses and local ad bases, has been free to form clusters, piggyback-style, on the industries and government that it covers. New York is home to most business coverage because of the size of the business and banking community there. Likewise, national political reporting has concentrated in Washington and grown apace with the federal government. Entertainment and cultural reporting has bunched in New York and Los Angeles, where those businesses are strong.

The result? As shown in Figure 4,

…you don’t need to be a Republican campaign strategist to grasp just how far the “media bubble” has drifted from the average American experience. Newspaper jobs are far more evenly scattered across the country, including the deep red parts. But as those vanish, it’s internet jobs that are driving whatever growth there is in media—and those fall almost entirely in places that are dense, blue and right in the bubble.

And the future? Shafer and Doherty conclude that “If current trends continue—and it’s safe to predict they will—national media will continue to expand and concentrate on the coasts, while local and regional media contract.”

And elsewhere? Newspaper publishing is being displaced by internet publishing right across the world. Is this trend causing similar jobs clustering and resultant journalistic groupthink in other countries and regions, and what are the social and political impacts of this? 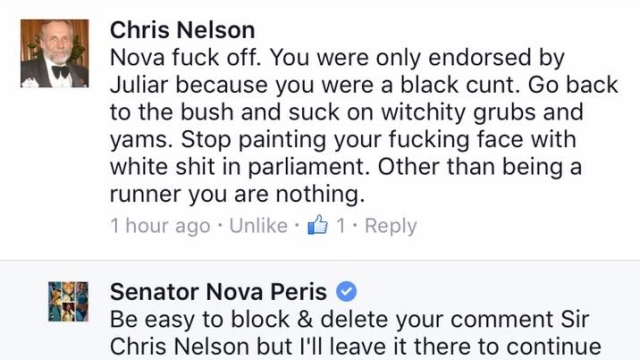 The myths about online abuse that refuse to die

Research Check: is it true only half your friends actually like you?