The last few years have seen a tremendous growth in study and experimentation with so called smart cities. Indeed, only recently the Urban Innovation Centre opened in London to hub for businesses, academics and city leaders to develop and debate the future of cities.

Central to many of these discussions is the role of the Internet of Things in connecting up large chunks of our cities to make us smarter and more connected. I’ve written a number of times about how this may manifest itself in areas such as smarter transport planning and urban design.

Of course, central to this is having enough (open) data to make smart decisions. A recent Dutch project highlights the possibilities. Amsterdam has launched The Things Network (TTN), which aims to build an open and fully crowdsourced IoT data network.

In a matter of weeks, TTN managed to transform the city into a fully accessible network, and they managed it without any assistance from telco companies.

Underpinning the crowdsourced initiative is a technology called LoraWAN, which provides a long-range WAN network to create stable gateways for connecting large areas.

It then allows IoT devices to connect to the web without having to worry about things like WiFi, Bluetooth or 3G. Whilst the device is relatively cheap, the project team are looking to develop something significantly cheaper and will be launching a crowdfunding campaign on Kickstarter to help that project along.

They have already tested the project out in Amsterdam, with applications such as an alert system for boat owners and (of course) a bicycle monitoring service among the early users.

It has received initial backing from the port of Amsterdam, and it’s hoped that other municipal bodies will lend their weight. In time, it may even inspire other cities to follow suit.

It’s certainly an interesting technology that has a huge range of applications in supporting smarter cities. It will be a fascinating project to follow. Check out the video above for more information.

Source: Amsterdam uses the crowd to power its smart city. 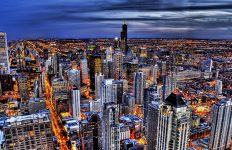 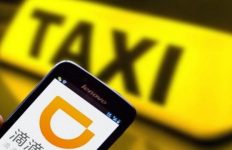 How AI can lead to smarter cities→ 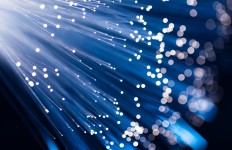