Implicit biases are present in the general population and among professionals in various domains, where they can lead to discrimination. A standard description of implicit biases is that they are unconscious and/or automatic mental associations made between the members of a social group (or individuals who share a particular characteristic) and one or more attributes (implicit stereotype) or a negative evaluation (implicit prejudice).

There is currently a growing awareness of implicit biases, and interventions and training programs aimed at reducing implicit bias are being offered in the English-speaking world. In a previous article, I critiqued one of these interventions and training programs – unconscious bias training (UBT) – in the context of the arrest last year of two black men in a Starbucks coffee store in Philadelphia in the United States. In their public responses to the arrest, Philadelphia Police Commissioner Richard Ross and Starbucks CEO Kevin Johnson both made mention of the use of UBT. As Kevin Johnson discusses in the video above, Starbucks then went on to provide anti-bias training to 175,000 staff in more than 8,000 stores across the United States.

However, as I discussed in my article, the evidence for the effectiveness of UBT painted a mixed picture. A new systematic review1 by a research team from the University of Geneva and University of Fribourg in Switzerland takes up the issue of implicit bias interventions, highlighting that there has been a lack of systematic evaluation of the evidence for the effectiveness of different interventions. The research team identified 30 peer-reviewed studies conducted on adults between May 2005 and April 2015 as being eligible for inclusion, with the review covering 18 interventions.

The research team found that:

But this is not an excuse to do nothing

The research team alerts that the fact that there is scarce evidence for particular bias-reducing techniques does not weaken the case for implementing widespread structural and institutional changes that are likely to reduce implicit biases, but that are justified for multiple reasons.

In a previous article and presentation, I’ve sounded a strong warning in regard to the lack of evidence for many management practices that are blindly accepted as fact in the private and public sector. The lack of evidence for reliably effective interventions to reduce implicit biases further reinforces the need to heed this warning.

Is our brain able to think rationally, even when we don’t?→ 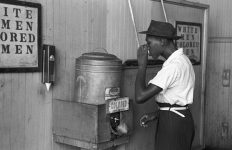 What AI can teach us about stereotypes→ 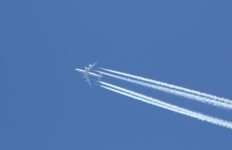