Knowledge management (KM) discussions typically take on a utopian tone, where knowledge is seen as something that people will want to manage with the best of intentions.

But what if that isn’t actually the case for at least some organisational leaders? What if the intention of those leaders is to instead distort, suppress, or misappropriate knowledge? And what are the impacts of this? And how should knowledge managers respond?

In a 2006 paper1, Steven Alter, Professor Emeritus at the University of San Fransisco, explores what he describes as the dark side of knowledge management. In a previous analysis of the flood of fake news during the 2016 US presidential election campaign, I argued that KM needs to consider not only how knowledge is managed, but also truth or fiction of the knowledge that is being managed. Alter reinforces this, stating that:

The importance of the exploring the dark side of KM is evident from the many recently publicized government and corporate scandals. The fallacious stories of weapons of mass destruction that were used to justify the current Iraq war can be viewed as an example of KM gone astray. In the corporate realm, aspects of KM permeate stories of criminal activities at Enron, MCI, Tyco, HealthSouth, Parmalat, AIG, and Adelphia. In each of those situations, people conspired to enrich themselves and mislead investors. The perpetrators needed to keep track of their own knowledge of these situations while falsifying other knowledge.

Alter identifies three dark side KM goals, which he then uses to develop a framework for categorising situations in which the dark side of KM is enacted throughout the knowledge cycle. The three goals are as follows, and the framework is shown in Figure 1:

Distortion: Introduction of biases by selecting, combining, and/or manipulating specific knowledge in order to represent that knowledge in a way that is favorable to particular interests, viewpoints, or beliefs.

Suppression: Creation of obstacles and prohibitions that make it difficult or impossible to create, access, or use knowledge that might be contrary to particular interests.

For each of the nine situations described in Figure 1, Alter provides an extensive list of examples of dark side tactics.

One of the dark side KM tactics listed by Alter in Figure 1 is the “Use of euphemisms or inaccurate characterizations that misrepresent the essence of specific knowledge.”

In a recent dissertation2, Kate Suslava clearly shows the widespread use and significant impact of this tactic.

Suslava extracted instances of euphemisms from 72,600 earnings conference call records for 3,183 unique US firms during 2002-2013. For her study, Euphemisms were defined as “mild, vague, or periphrastic expressions that are used as substitutes for blunt or disagreeable expressions; additionally, euphemisms once meant or still mean something else.” Her list of euphemistic words and phrases was based on two published dictionaries of euphemisms, being the Oxford Dictionary of Euphemisms by R.W. Holder and the Dictionary of Euphemisms and Other Doubletalk by Hugh Rawson, supplemented with additional words and phrases compiled from an examination of 100 random conference call transcripts. The overall list was reviewed by a group of twelve investment professionals who read financial disclosures as part of their work, and only euphemisms approved by the group were included in the list used for testing.

The testing found that on average, euphemisms are encountered twice in firm earnings conference call transcripts. Examples of the euphemisms listed by Suslava include: “With cloudier near-term visibility and some headwinds, “there’s really not much price pressure at all,” and “if I look at your volumes, they are flattish.”

Following on from the testing, Suslava then used both univariate and multivariate tests to examine the effect that levels and changes in euphemism usage have on the immediate and drift excess returns for the organisations in the transcripts. Drift returns can be described as “the tendency for a stock’s cumulative abnormal returns to drift in the direction of an earnings surprise for several weeks (even several months) following an earnings announcement.”

Significantly, from this analysis, Suslava found that:

First, I show that my measurement is negatively associated with the previously identified sources of excess returns. I find that firms that have more euphemisms in their conference calls tend have lower earnings surprises and more negative overall tone … Next, I show that my measure of euphemism usage is negatively associated with short-window returns around the date of the conference call and with the subsequent 90-day drift returns. My results are robust to controlling for the earnings surprises, the overall tone of the conference call, the size of the firm, and two alternative measurements of euphemism usage – the change in the euphemism level and the variability of euphemisms.

Collectively, these results suggest that the overall use of euphemism in the conference call setting is indicative of negative information about the company performance. However, due to the strong promotional aspect of euphemistic words, the negative news is only gradually absorbed by market participants. In essence, investors are pacified with euphemistic terms and, as a result, underestimate the extent of bad news that a company is reporting.

Shareholders and investors will potentially base their decisions on this distorted knowledge, placing themselves at a greatly increased risk of serious financial loss.

Has KM missed something here?

To draw on another of the euphemisms identified by Suslava, KM appears to “have missed something here.” Further research is clearly needed, as well as discussion in KM community forums and networks.

In the meantime, a recent blog post by business storytelling consultant Shawn Callahan provides some very valuable food for thought. Shawn advises that companies should never let a good story get in the way of the truth. 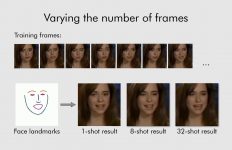 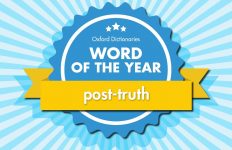 Questioning the truth in the notion of “post-truth”→ 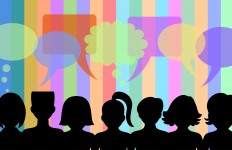 To persuade, think like the person you want to convince→ 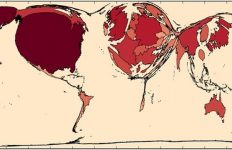