Originally posted on The Horizons Tracker. This article is part of an ongoing series of articles on stakeholder and community engagement.

Systemic change is nothing if not difficult, and whilst there have been numerous models and frameworks proposed over the years, few of these have really had a body of successful implementation behind them to suggest a high degree of robustness.

One of the pioneers in this space however are The GovLab that has emerged out of New York University, and they’ve recently teamed up with the Bertelsmann Foundation to create a new initiative around People-Led Innovation.

“In the modern era of governance where municipalities increasingly face incredibly complex challenges, the need for innovation is clear,” the partners say. “Cities need to go beyond providing innovative solutions – they also need to transform and modernize the way those solutions are developed.”

The website was born out of a report that was published last year that outlined the importance of people-led innovation in cities and urban environments. The report highlights both the rapid growth in cities and the inherent complexity that this growth provides in solving pressing social challenges, and also the importance of taking a people-led approach to problem solving that would see cities become policy laboratories whereby approaches are tested and solutions proven.

“The People-Led Innovation initiative is built on the idea that, as governments increasingly experiment with new means for drawing on the public’s knowledge and skills to address common challenges, one-size-fits-all citizen engagement efforts are often too broad and unwieldy to surface useful insights for city governments,” the team explain. “This new initiative provides city officials with a more strategic and actionable consideration of the most effective ways to engage the right people for the right task at the right time.”

The report outlines four phases that the team believe are crucial to successful people-led innovation:

The methodology is designed to be flexible enough to support a people-led approach to change. It requires clear segmentation of tasks people can perform at various stages, and the methodology outlines eight distinct segments of people with whom one should collaborate, and four different roles those groups of people can play.

It emerged out of previous work undertaken by the GovLab, with lessons also fed into the methodology by the Bertelsmann Foundation’s Transatlantic Policy Lab project.

“Our Methodology for People-Led Innovation provides public entrepreneurs in cities with a set of steps that enable them to tap into their potentially most important – but underutilized – asset: people,” the team explain. “With localities around the world increasingly seizing the initiative to develop bold solutions, including people at all stages of the policy development process is critical to obtaining the best outcomes for the greatest number of people possible.”

In many ways, the methodology is not especially ground-breaking, and indeed borrows heavily from the kind of lean methods that have become standard practice in many domains in the past few years. Where they could potentially be invaluable is if GovLab can prove that they can support systemic change in a multitude of different use cases. That would be largely unprecedented and hugely valuable for all of those who are looking to tackle complex and systemic challenges. Whilst the team state that the methodology emerged out of just such use cases, I’d love to see a few more successful implementations before getting too carried away, but it is nonetheless an interesting methodology from a team with a strong track record in urban transformation. 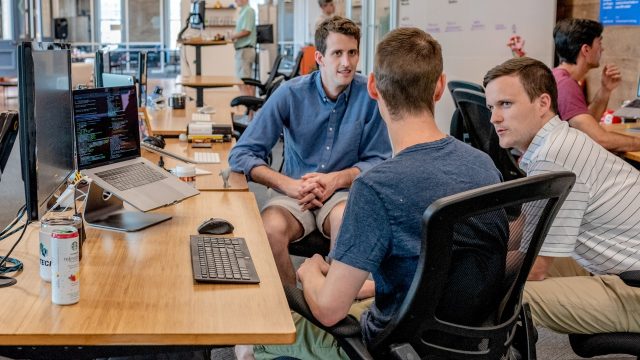 When are teams better than individuals?