The impact of misinformation on our behavior has been a growing source of investigation in recent years, as our understanding of the scale of misinformation has emerged.  New research1 from Yale University highlights how harmful misinformation can be in our ability to respond appropriately in a crisis, whether as individuals or collectively.

The research highlights how misinformation can slow our response during a crisis.  Effective decision making in such circumstances is crucial as doing so helps to preserve our safety, but we’re also often flooded with information and conflicting input from others that can muddy our thinking.  The study investigated how people make decisions in times of crisis.

The researchers recruited several thousand volunteers, who were split into 108 teams.  Each of the teams was then asked to decide whether they should evacuate from a disaster zone or not.  Within each team was a plant placed by the researchers to serve as an ‘expert’, on account of their knowing more information about the crisis than the others.

The communication within each team was monitored via a social network, so the researchers knew both what was discussed, and with whom.  After the data was assessed, it emerged that larger groups typically took longer to come to a consensus, with some teams coming to a final decision that was neither helpful or appropriate for the situation they faced.

This appeared to be because people in groups would often discount, or discredit, valuable information from the expert, while also starting rumors that weren’t based on evidence or reality.  The dissemination of this misinformation would result in indecision among their team, and significantly slowed the decision making process.

Suffice to say, the research was conducted purely in a laboratory environment, so it’s not certain whether the same conclusions would be reached if conducted in the wild, but it provides some interesting thoughts at a time when both misinformation is rife, and societies are requiring citizens to act in the safest possible way. 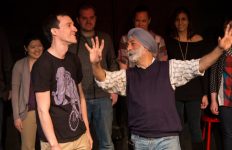 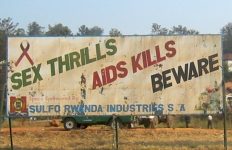 Busting coronavirus myths will take more than science: lessons from an AIDS study→ 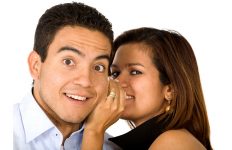