This article is part 8 of a series of articles exploring the Lessons Learned Life Cycle.

Organizations aren’t entities in and of themselves; they are people who interact with each other in certain prescribed ways. So for an organization to learn a lesson, it has to somehow get the people in the organization to change their behavior. All the forms, databases, and lesson capture methods in the world are pointless if those lessons aren’t getting internalized and affecting employee behavior in some way. There are two big challenges in creating an effective lessons learned system. We have covered one of them in the seven previous posts, which is creating the lesson: identifying and surfacing that lesson, constructing it from the pieces of information available so that it can be recognized in a concrete way.

The other big challenge is transferring that lesson to those who need it most, ensuring that it results in the needed behavior change. This is where what I call the “knowledge intermediary” comes into play. In Part 4 of this series I discussed how effective lesson capture often requires the participation of someone from outside the immediate team who can facilitate discussions with fresh eyes in order to challenge assumptions and aid the team in recognizing lessons that might have otherwise gone unnoticed because they were “obvious.” I also discussed how, by creating a formal position for someone as an intermediary (most likely from within the HR or KM function), that person will likely end up supporting the Lessons Learned system in other roles beyond simply facilitating lesson capture discussions:

In the 1990s, Ikujiro Nonaka wrote what is now a classic HBR article (and later book) titled “The Knowledge-Creating Company.” In it he described what has become known as the SECI model (for Socialization, Externalization, Combination, and Internalization) of knowledge creation. It details four possible transfer mechanisms between tacit and explicit knowledge: tacit-to-tacit, tacit-to-explicit, explicit-to-tacit, and explicit-to-explicit. The model is often represented as a spiral cycle that looks like this:

So for example, a salesperson might notice customers struggling while using his company’s product and begin to formulate an idea for a solution (tacit-to-tacit knowledge transfer). He tells this idea to the product engineer (tacit-to-explicit). She then details it out and incorporates it into the existing product design (explicit-to-explicit). It eventually becomes so commonplace that it is assumed to be a fundamental aspect of the product (explicit-to-tacit).

Most of this cycle is also true with lessons, since they are obviously a form of knowledge. However, it is very difficult to imagine that lessons can be captured tacitly. Someone serving an apprenticeship to a master craftsman will absorb a large amount of knowledge tacitly by observation, imitation, and practice. But that knowledge will not likely be thought of as discrete lessons by either the craftsman or the novice unless there is some sort of “lesson structure” imposed on that knowledge, which in effect then makes it explicit.

It is also important for organizations to store lessons in some way, thus the capture phase of the lessons learned life cycle will almost always be either tacit-to-explicit or explicit-to-explicit. Similarly, the dissemination phase will be explicit-to-explicit or explicit-to-tacit. Additionally, lessons can either be pushed or pulled along this flow path from lesson producer to lesson consumer. This is where the knowledge intermediary can have a huge impact. By understanding the many methods available for knowledge transfer and judiciously selecting the right ones for a given situation, the intermediary can “grease the skids” to enable faster and more efficient transfer of knowledge. Below is a diagram I put together to illustrate this process along with an assortment of examples of techniques that could be used to facilitate lesson transfer: 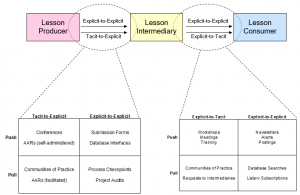 The list of transfer methods is not exclusive but it gives you an idea of how, by (1) creating the role of the knowledge intermediary in your organization and (2) giving them a well-rounded assortment of techniques and tools for transferring lessons, you can greatly improve the effectiveness of your lessons learned system. 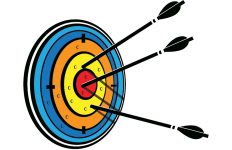 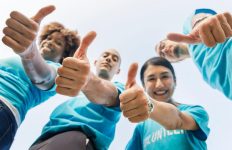 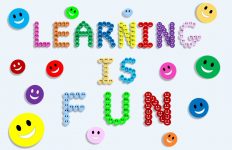