For some time Norwegian tax records have been a matter of public record, so you could, if you so wished, see how much your friends, neighbors and colleagues earned.  Since 2001 this process of snooping was made that bit easy by moving the records online.  Similar laws exist in the other Scandinavian countries, and they have prompted much debate about the ethics of such a policy.

As public debate on the matter provided little in the way of consensus, a new paper1 attempted to provide quantitative evidence to bring to the discussion.

The practice was supported by a range of apps that brought out the nefariousness in people, with tools allowing leaderboards of your social media friends to be created based upon their income, or a map showcasing the income of those around you.

So pervasive was the practice, that in 2007, a survey found that 40% of Norwegian adults had used the online tax websites, which is considerably higher levels of penetration than online behemoths such as LinkedIn and Twitter have achieved.

The researchers hypothesized that poorer people stand to lose more via this comparison, not least as relative poverty measures highlight the relative lack of wealth people have compared to those around them.

The hypothesis was tested by measuring the role income transparency played on the happiness of people, and specifically the relationship between income and happiness.  In other words, did knowledge of their position in the income distribution affect their wellbeing?

Data on happiness and life satisfaction was collected between 1985 and 2013, and the analysis found that the 2001 digitization of the tax transparency process resulted in a 29% increase in the relationship between happiness and income, with a 21% increase in the relationship between life satisfaction and income.

The role knowledge of our relative income played in our happiness was confirmed by the fact that the happiness-income relationship remained constant in the years prior to 2001, and after they leaped after the change in policy, remained at that elevated level for the next 12 years.

This was confirmed, because among people with minimal access to the Internet, their happiness-income levels remained at pre-2001 levels even after the change.

What’s more, a similar analysis of happiness-income relationships in Germany, where no such pay transparency is present, showed that it remained stable over nearly 30 years from 1985-2013.

The researchers suggest that anecdotal evidence has highlighted the exposure of their income has made low-income families feel greater share at their lowly position relative to their peers.  Such low-income families are also most opposed to income transparency.

It’s not immediately clear what ends salary transparency policies are enacted, but hopefully the new findings will at least highlight the impact the policy can have on the wellbeing of people, especially those at the lower end of the income scale.

Article source: How Do We Feel When We Know What Our Colleagues Earn? 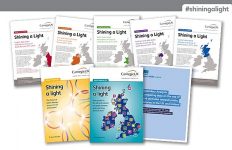 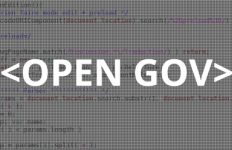