This article is part 6 of a series reviewing selected papers from Altmetric’s list of the top 100 most-discussed scholarly works of 2019.

The importance of group attitudes in conspiratorial thinking

The #44 most discussed article1 in Altmetric’s top 100 list for 2019 looks at why people believe in conspiracy theories, focusing on the “birther” rumour.

Conspiracy theories are rife in politics. One such widely circulated theory has speculated that former U.S. President Barack Obama was not born in the United States, prompting calls for the President to provide proof of his place of birth in the form of his birth certificate (for example, as shown on the billboard in the image above). This “birther” rumour has persisted despite the White House furnishing two different versions of Obama’s Hawaiian birth certificate, and these being assessed as authentic.

The study authors investigated belief in the birther conspiracy theory using data from the 2012 American National Election Study (ANES), and also synthesised prior research. The main variables examined by the authors were party identification, political knowledge, and racial attitudes. They examined only the attitudes of white people towards the birther rumour, with the expectation that the attitudes of white people towards black people would be of special importance.

As summarised in the abstract below, the study found that it is white people who identify as Republican and who are both racially conservative and highly knowledgeable who possess the most skepticism about Obama’s birthplace. This finding is somewhat counter-intuitive, but the study authors highlight the importance of group attitudes in conspiratorial thinking. People are predisposed to accept political information that is consistent with not only their pre-existing party identification, but also with their group attitudes. Further, people who are more knowledgeable are more motivated and capable of processing conspiratorial information in this way.

The authors alert, however, that their work does not just emphasise the importance of group attitudes when it comes to conspiratorial thinking. They advise that when addressing conspiratorial thinking, we must not only take group attitudes into account, but also consider the possibility that different groups might accept or reject certain conspiracy theories at different rates depending on their in-group identities and out-group attitudes. Because of this, they recommend examining subscription to some conspiracy theories separately by subgroup populations, particularly when such rumours implicate group identities or group hostilities.

Concerns in regard to the study

When the study was published, it triggered a storm of controversy on Twitter, with critics arguing that the authors should have described the attitudes of white Republicans as “racist” instead of using the euphemistic term “racially conservative” .

However, I have concerns in regard to this conclusion being drawn because, as I’ve previously argued, it doesn’t consider the factors that underlie such attitudes. I’ve observed racially biased attitudes to have their foundation in disenchantment with mainstream political establishments that are seen to be ignoring the situation of particular sectors of society. In this context, shaming or attacking people who hold these views at best achieves nothing, and at worst often actually acts to further entrench the undesired attitudes.

Rather, as Stephen Bounds advises in a recent article, we need to make space for real debate where people with diverse perspectives, including conservatives and liberals, can come together and argue with humility and respect.

There’s the assumption that false rumours and stories can be countered through processes and practices that aim to make people more knowledgeable. However, the #44 most discussed article highlights the importance of considering and addressing the role of group and subgroup attitudes in the creation and persistence of these rumours and stories. For example, research2 shows that minorities in organisations can be the target of rumours, and also that low-status employees can use rumours with the aim of equalising formal power differentials.

As we’ve previously discussed in RealKM Magazine, the factors that underlie group and subgroup attitudes need to be considered, and space needs to be made for real debate where people with diverse perspectives come together and argue with humility and respect.

A growing body of work has examined the psychological underpinnings of conspiracy theory endorsement, arguing that the propensity to believe in conspiracy theories and political rumors is a function of underlying predispositions and motivated reasoning. We show, like others, that rumor endorsement can also be a function of individuals’ group attitudes. In particular, among white Americans, birther beliefs are uniquely associated with racial animus. We merge this finding with other work which shows that rumors are more strongly endorsed by the individuals most motivated and capable of integrating them among their pre-existing attitudes and beliefs. We find, therefore, that it is white Republicans who are both racially conservative and highly knowledgeable who possess the most skepticism about Obama’s birthplace. 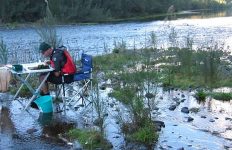 Case study: How polarized debates can be the result of rational deliberation, and how they can be resolved→ 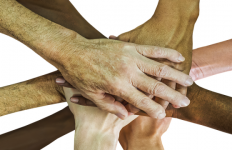 The cognitive diversity that makes for the best teams→