We’re living in supposedly volatile and uncertain times, with change a constant in all of our lives. New research1 from the University of California, Davis, uses the interesting Petri dish of the fishing community to explore how people tend to respond in such uncertain times, and how this relates to an ideal response.

The authors argue that people tend to make a choice between the familiarity of what they know or the relative uncertainty of something new. The researchers examined this trade off in the fishing community to explore how fishermen decide where to fish.

They tracked some 540,000 vessel position records from around 2,500 fishing trips in the Gulf of Mexico alongside the revenue from each vessel during the same timeframe to explore whether the vessels ventured into new territories and how successful those forays were.

“It looks like exploration pays off in the face of uncertainty,” the researchers explain. “This is particularly important in the context of global environmental change, when disturbances such as storms and droughts are predicted to increase.”

The data showed that some vessels were consistently exploring new territories, and would often invest more time and resources in sampling prospective new territories to fish. This didn’t seem to make much of a difference during stable periods, with these vessels performing at the same level as those who followed a more consistent path.

“In relatively stable environments, we would expect that any gains from switching behaviors would usually go away, otherwise vessels would be changing how they fish,” the authors explain.

It was in periods of uncertainty where the strategy paid dividends however. For instance, in 2009 a popular fishing ground in the Gulf was closed, and during this period of disruption, those with a track record of exploration performed significantly better. It’s a finding that the authors believe has lessons for people in all walks of life.

“One way in which we can future-proof our livelihoods is by exploring new options,” they explain. “That way, if our current options become unavailable or less attractive in the future, we can fall back on our knowledge of alternatives. Sharing our knowledge could make us even more resilient still, as we can draw from a larger pool of experience.”

Article source: In Uncertain Times It Pays To Explore. 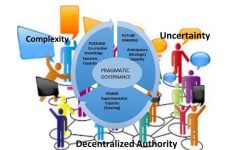 The interplay between knowledge and power→ 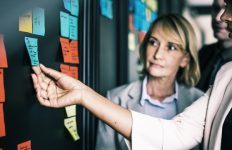 Planning and strategy development in the face of complexity series (part 3): Task 1 – Assess the level of uncertainty→ 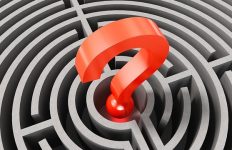 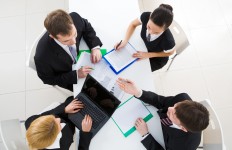