Confirmation bias is one of the more evident of the psychological biases that so blight our thinking, yet researchers continue to find interesting angles to assess it. None more so than a recent study1 from University College London, which explored our motivations when gathering evidence.

The analysis suggests that we tend to stop hunting for evidence the moment that data supports the conclusion we wished it to support when we started.

“Our research suggests that people start with an assumption that their favored conclusion is more likely true and weight each piece of evidence supporting it more than evidence opposing it. Because of that, people will find no need to gather additional information that could have revealed their conclusion to be false. They will stop the investigation as soon as the jury tilts in their favor,” the researchers explain.

Participants in the study were tasked with playing an online game whereby they had to gather evidence to help them make various judgements, with financial rewards on offer for the accuracy of those judgements. They would also be awarded bonus points if the evidence they found pointed to a particular category, and have points deducted if it pointed to other categories. In other words, they were incentivized to gather evidence to provide as accurate a response as possible.

Alas, despite this clear incentive, the experiment found that people typically stopped hunting for more evidence when what they had found supported the conclusion they wanted to be true, especially when the ‘true’ outcome was one they found undesirable.

“Today, a limitless amount of information is available at the click of a mouse,” the authors explain. “However, because people are likely to conduct less through searches when the first few hits provide desirable information, this wealth of data will not necessarily translate to more accurate beliefs.”

The team plan to further develop their work and explore whether there are certain factors make people give in to their biases when collecting information, and subsequently how these can be overcome.

Article source: What Is Our Motivation When Gathering Information? 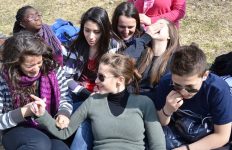