It’s been a another outstanding year for RealKM Magazine in 2018, with continued growth in our readership and a host of insightful new articles published. Our number of monthly active readers is approaching 6,000, and we’ve now published nearly 900 articles, some of which have been viewed more than 1,000 times.

The year has also brought some landmark achievements, initiatives, and events for both RealKM Magazine and the knowledge management (KM) community.

An award-winning end to the year

The Knowledge and Information Award is one of five categories in the K&IM Awards, and was presented by CILIP K&IM Ambassador Paul J Corney.

With the RealKM team located outside the UK, we invited one of our most active London-based subscribers, Information Consultant Dr Beatrice Murray, to accept the award on behalf of RealKM Magazine. A very big thanks to Beatrice for this!

Another big highlight for 2018 has been welcoming our very first RealKM Patrons, following the launch of our Patreon crowdfunding campaign.

We’ve needed to broaden our financial support base to help secure the future of RealKM Magazine and continue expanding our reach. The ultimate aim is for RealKM Magazine to become self-sustaining and feature a wider range of content.

A very big thanks to our RealKM Patrons so far for being the first people to respond to the call for support! Thank you so much for your very generous support for RealKM Magazine:

I was very honoured to be invited to participate in the Knowledge Management Singapore 2018 (KMSG18) conference on behalf of RealKM Magazine.

The conference was an excellent event with a great range of presentations and discussions. My keynote presentation, masterclass, and panel participation were well received.

The big new things in KM

It’s certainly an exciting time to be involved in KM, with some big new things underway. In June, I wrote an article profiling these big new things. Considerable progress has since been made on a number of them, so they’ve become the focus of a RealKM special series. The seven big new things are:

The release of the earlier draft of ISO 30401 had been controversial, with criticisms of inadequate input and consultation, and concerns expressed in regard to the contents of the standard. Despite this, many knowledge managers hope that the standard can be widely supported and implemented.

Thank you, and best wishes!

Thank you to all of our readers for your great support in 2018, and best wishes for 2019! Our heartfelt thanks also go to our contributors for their outstanding articles. 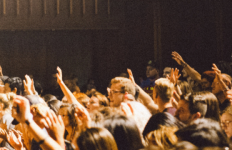 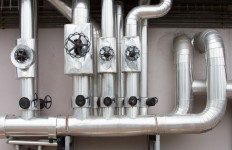 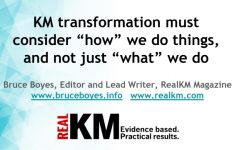 KM transformation must consider “how” we do things, and not just “what” we do (KMSG18 keynote)→