It is lamentable that, in spite of setting up hundreds of universities and research institutes, developing countries continue to import knowledge. For instance, African countries are not just importing equipment and finished products from the West and East but also importing knowledge in the form of prescriptions on how to use those imports. Each imported piece of machinery comes with a manual demonstrating how to use it, not how to build it from scratch. When an African country imports agricultural machinery from China or Germany, it is importing knowledge that it cannot control because the hidden formulae and intricate processes used to produce the machinery remains in China and Germany. What accompanies the machinery to Africa are manuals and, to some extent, engineers whose main role is to set up and manage assembly plants in Africa.

There is an imbalance between the knowledge developing countries import in the form of products and services and what they export in the form of raw materials. The current balance of payment challenge does not just result from the importation of physical products but the fact that developing countries continue to import knowledge which they cannot control. Matching the amount of raw materials and human capital exported from Africa with knowledge and products imported into Africa shows a negative balance in favor of where knowledge and finished products are coming from. A country that imports finished products often lacks knowledge to produce those products locally. However, with knowledge, a country can mobilize resources to product diverse products.

Research institutes and universities in developing countries are squandering opportunities to generate and adapt agricultural knowledge in ways that respond to local needs. Food commodities that are being ignored by these knowledge workers include pearl millet, rapoko, indigenous rice, guinea fowls, indigenous chickens, turkeys, ducks and rabbits, to mention just a few. The majority of universities and researchers want to be associated with hybrids whose knowledge is largely imported. There has not been consistent efforts to produce diverse by-products like confectionery and breakfast cereals from indigenous small grains, for instance. These commodities still remain on the sidelines with a few NGOs trying to promote them through annual food fairs. There is no meaningful commercialization to ensure farmers earn better income from these important commodities with consumers accessing better nutrition.

The old generation of Africans grew up under a colonial food system where diets were prescribed and forced from formal work places and cities to ordinary households. Most settler farmers who controlled agricultural production leaned on hybrids because they did not understand indigenous crops and livestock. These farmers produced much of the maize, wheat and other hybrid commodities that fed urban processing industries where many indigenous people sought employment and ended up consuming what was cooked in canteens at their work places. This led to forced demand for products, for instance, in the form of food hampers and meals designed for hospitals and other public institutions. Supermarkets were also stocked with processed food produced by big commercial farmers, linked to colonial seed companies and researchers.

To a large extent, there was collusion along the entire food chain at the expense of indigenous food. Technology and knowledge for producing maize, wheat and other exotic foods was imported. Research in exotic chickens, beef and horticulture was also imported. The West has closed formulae for the products exported to developing countries. For instance, Brahman cattle eat stock feed from processing companies linked to seed companies. Indigenous chicken eat small grains but African countries have not developed companies that produce small grains stock feed and seed companies that specialize in small grains seed.

Indigenous knowledge surrounding indigenous food is still passed on either by observation or word of mouth because local universities and researchers have not bothered to develop strong research pathways around it. Demand for our indigenous food like small grains and indigenous vegetables is not yet fully influenced by tastes and preferences but by circumstances like health. People start eating small grains in response to recommendations by the doctor or health institutions. This is more of forced demand. Many consumers who produce and eat finger millet in urban plots are doing so due to recommendations from their medical doctor.

Religion is also playing an unfortunate role in reducing the potential demand for indigenous foods like rabbits, pigs and ducks whose consumption is forbidden by some religious sects. Some indigenous foods are negatively associated with African culture. For instance, people who love finger millet are regarded as being possessed by spirit media, which some religions frown upon. The same reasons are being used to deny African medicinal herbs space on the market, to the advantage of Eastern and Western medicinal herbs. While Zumbani and other traditional herbs have, for generations, been known to treat certain human ailments, the moment a traditional medical practitioner touches them, the herb is stigmatized.

Indigenous Knowledge Systems are dying as developing countries continue to depend more on outside knowledge which is too risky because poor countries cannot control push-cost inflation for knowledge they do not fully know and own. Every country that imports fertilizer or chemicals is importing formulae/knowledge which it cannot control. Local research institutes and universities have failed to develop indigenous fertilizer combining animal manure, ant hills and leaves from different trees (Murakwani). The contents of slurry from several biogas projects are not being carefully and consistently studied to mass produce local fertilizer. What would it take for local universities and research institutes to convert animal manure into formulable products like one bucket of manure equivalent to a certain number of crops in the field?

Instead of undertaking thorough livestock research and development, Western educated Africans are busy condemning indigenous cattle and goat breeds in terms of size yet these animals have more sustainable characteristics for a rapidly a changing climate. African countries are being encouraged to embrace exotic breeds and processes like Artificial Insemination (AI) which are too scientific and not relevant to local contexts. Also being promoted are feedlots in which cattle are fed imported grasses and chemical additives. Why are local research institutes and universities not researching and improving on local grasses and pastures? A lot of money is going towards research but researchers are waiting for the natural processes to develop pastures and leaving animals to make their own choices in terms of good grasses that could be nutritious for them. There is no reason why researchers are not being informed by livestock choices to select and research on the best pastures with medicinal or nutritional properties for different types of livestock. Such initiatives could lead to setting up of plantations of natural thorny bushes and grasses that are good for livestock, the same way some indigenous fruit trees are being domesticated.

Many developing countries are losing their intellectual property in various ways as the West is quickly patenting Indigenous Knowledge Systems. Several medicinal and food products in the world have originated from African economies but the West and China are quick at gathering and processing information and knowledge to their advantage as well as rush to create brands and patents. While Marijuana, which grows very well in a few African countries, is being smoked under illegal conditions, its medicinal properties are gaining prominence in the West and very soon they will commercialize it before local research institutes and universities have acquired the most useful knowledge in producing related medicines. Once they export it without adding value, as is the case with cocoa, tobacco and others, producing countries will start buying back medicines from their Marijuana at exorbitant prices.

Mechanisms have to be put in place so that if indigenous knowledge is institutionalized in universities and research institutes, it has to have end users who can turn it into goods and services on demand. Some local people have been trading indigenous commodities for more than 30 years. They have cultivated their own invisible markets together with related knowledge, passed on from one generation to the other. Unfortunately such knowledge is not documented into conventional curricular. The majority of people who continuously produce and trade indigenous foods have valuable undocumented entrepreneurial skills. Research institutions and universities that capture and embed all this knowledge will enable their countries to save billions of dollars and change the lives of the majority.

Translating literacy into goods and services

Countries like Zimbabwe are failing to convert their more than 90 percent literacy rate into knowledge that can be exported in the form of goods and services toward improving the nation’s balance of payment. The country is importing knowledge in the form of products with prescriptions, formulae and structures, with no idea of where the answers were arrived at. For instance, the country’s health system is taking medicinal products prescribed from outside yet some of the diseases are contextual and need indigenous knowledge systems. By not paying attention to what matters, developing countries are letting indigenous knowledge systems and indigenous foods head for extinction at a time climate change is worsening. The main reason is that most developing countries are biased towards importing knowledge and goods.

With everyone trying to import, the global market on which some countries are fond of relying on will soon have nowhere to go since they have shunned their source of distinctiveness by destroying their local food systems. Countries that ignore their local foods can easily become 100 percent food importers. Why should youths in dry regions be supported to grow tomatoes instead of indigenous chickens suitable for their area and require low start-up capital? Given the diversity of local commodities, it is sad to see copycat projects where young people go for the same type of enterprises, leading to loss of income through gluts. Why should a country’s Grain Millers Association focus only on maize and wheat when it should broaden its scope to cover all grains such as pearl millet, indigenous rice, sorghum, finger millet, sesame and others? 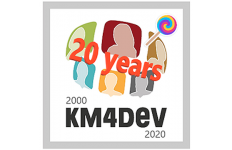 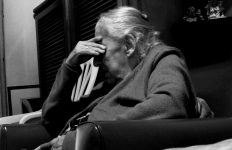