This article is part 11 of a series of articles putting forward the case for indigenous knowledge systems (IKS) and knowledge sovereignty, featuring selected excerpts from the book Knowledge Sovereignty among African Cattle Herders.

This [part of the series] … provides an opportunity to ask those tasked with the challenge of designing the future for the region (policy makers, NGOs, research institutions, social movements, etc.) serious questions about the role IK plays in designing and implementing development interventions and programmes. Doing so means that we move beyond simple pro- or anti- positions on a narrow set of options; we ask more nuanced questions about what kinds of development are available if these different knowledges are considered.

There are many misperceptions about IK. Development planners and policy makers often do not see it as being rigorous; they see it as simplistic, and fail to see its pluralistic and adaptive nature. On the other hand, conventional development interventions, based on external scientific knowledge, can be short-sighted and politicised, and often lack resilience and the genuine participation of those whose lives are affected. As demonstrated by the practices of the Beni-Amer, the hybridisation of these knowledges must be given consideration when future research programmes and policy initiatives are designed, and the points discussed in the following sections must be taken on board.

Repositioning indigenous knowledge and knowledge sovereignty within a global context

Rapid environmental, economic, cultural and political changes on a global scale are having negative impacts on indigenous practices. Indigenous knowledge and practice are important drivers of the global economy (for example, by influencing the market price of meat), and also contribute to the sustainability of the global environment. Yet IK is still an underused resource in scientific research and development, and its contribution has often meant a loss of traditional ownership and the exploitation of indigenous communities, when their knowledge is used without their consent. Livestock knowledge is still largely untapped, and threats to indigenous knowledge and food sovereignty, which have been outlined earlier in the book, can have a detrimental impact on food security at national, regional and global levels, and lead to wider (global) economic, social and environmental insecurity and instability.

Pastoral indigenous knowledge is transformative and fosters resilient communities, while sustaining natural resources. It is imperative to engage these communities in the design of research. Such engagement is not without its challenges. According to Pimbert1, ‘a future challenge lies in bringing together … plural forms of knowledge within a more comprehensive, power equalising dynamic of participatory learning and action’. The use of indigenous knowledge could lead to the increased participation of pastoralists in pastoral development projects and be a starting point for supporting grassroots institutions (such as herders’ associations and groups) that can back up technical and social interventions2.

The promotion of a dialogue between pastoral communities, researchers and policy makers is therefore a progressive move towards dealing with the challenges of climate change adaptation and food insecurity. The participation of women and young people in particular is crucial, given the diversification of livelihoods, increasing urbanisation and the increasing disengagement of youth from pastoralism, which aﬀect social and cultural dynamics.

As well as informal knowledge sharing, formal training should be encouraged, in order to document indigenous knowledge and practice, and the ways in which traditional adaptive strategies can be combined with new technology (such as early warning systems (EWS)). Pastoralism is already being incorporated into some university courses in Africa; for example, Mekelle University in Ethiopia is running a PhD programme on Dryland Ecology and Resource Management including Pastoralism. Over the last 25 years, a number of home-grown pastoralist training and research centres, as well as African-led NGOs, community-based organisations (CBOs) and networks, have emerged in the region, making a positive contribution by advocating policy changes in support of pastoralist livelihoods. The Pastoral and Environmental Network in the Horn of Africa (PENHA), founded by the author in 1989, has such home-grown initiatives.

For example, in Kenya some policy makers are introducing more progressive dryland policy and planning. The Ministry of State for Development of Northern Kenya and Other Arid Lands has designed fiscal incentives to attract private-sector investment into pastoral production in the region. It is also ‘integrating climate foresight and adaptation into local and national government planning in a way that explicitly strengthens the strategies used by communities to adapt to climate variability and to reduce and manage the risks from natural disasters’ 3.

We have a duty to ensure that IK is treated with respect and celebrated, just as it respects and celebrates the diversity of life. This cannot be achieved without protecting the rightful ownership of IK and ensuring the nonexploitation of pastoralist communities, who have called for the protection of their knowledge in accordance with customary law and human rights4. Safeguarding the diversity and pluralism of IK is imperative if we are to ensure a sustainable use of resources and the preservation of biodiversity in all its forms. National and international law must ensure that community ownership rights to IK are protected. It is only recently that the intellectual property rights of indigenous communities have been given any kind of legal status, and these are now enshrined in the UN Convention on Biological Diversity (CBD). Article 8(j) of the CBD states: ‘Each contracting party shall, as far as possible and as appropriate: … Subject to its national legislation, respect, preserve and maintain knowledge, innovations and practices of indigenous and local communities embodying traditional lifestyles relevant for the conservation and sustainable use of biological diversity and promote their wider application with the approval and involvement of the holders of such knowledge, innovations and practices and encourage the equitable sharing of the benefits arising from the utilization of such knowledge innovations and practices’ 5.

The contribution of IK to the conservation of biodiversity has been recognised at a global level in the CBD, and the Food and Agriculture Organization (FAO) refers to livestock keepers as ‘guardians of biological diversity’ 6. The intellectual property rights of IK have been incorporated into the CBD under the Nagoya Protocol on Access to Genetic Resources and the Fair and Equitable Sharing of Benefits Arising from their Utilization to the Convention on Biological Diversity: Text and Annex, which came into force in 2014, and which aims to create equity between providers and users of genetic resources and associated traditional knowledge. At the local level, however, rights are not always recognised and international agreements are not always implemented. Local communities have developed tools to support the implementation of the protocol, such as community protocols, model contractual clauses and voluntary codes of conduct or guidelines7. Livestock bio-cultural protocols (BCPs) have been developed by some pastoral communities, such as the Raikas, which document breeds and associated traditional knowledge and practices, and invoke rights under various existing legal frameworks, including the CBD. ‘The process of developing these documents – when driven and designed by communities – oﬀers the potential to strengthen community cohesion and the capacity to secure and defend rights’ 8.

As pastoral communities are increasingly being deprived of access to grazing areas and other natural resources, their legal rights must be safeguarded in national laws. Where the political climate allows, civil society organisations can help pastoralist groups to access legal channels, and new and existing institutions can monitor and document these processes.

A book like this one, with an ambition to advance the cause of knowledge sovereignty and sustainability, sees such debates within a wider context than that of choice (a context which extends to democratising knowledge and developing new or hybrid knowledges). The manner in which entire sets of relevant and valid knowledges (and indeed the worlds they represent) become delegitimised and – to borrow from the philosopher Isabelle Stengers9 – ‘disqualified’ are worth noting. Ultimately, this leads us to the fundamental question of what types of future are being constructed under the current approaches, and how beneficial they are for the Beni-Amer and other pastoral and farming communities.

The world is not a single entity; it is comprised of multiple ways of understanding, being and living. Thus the world (and by extension the universe from which ideas of universality stream) is made up of the multiple, making it a ‘multiverse’ 10. What happens, though, is that this reality is rarely acknowledged and respected; rather it becomes squashed and made to ft into a universe. This book is an example of this, as it documents that the manner in which the knowledge of the Beni-Amer – despite being valid and often superior – is being squashed by the imposition of ‘scientific’ knowledge from the ‘universal’ and ‘objective’ world of scientific knowledge. 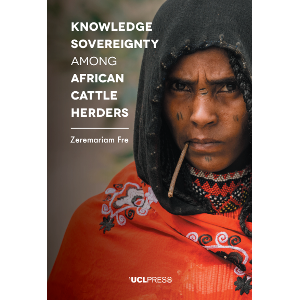 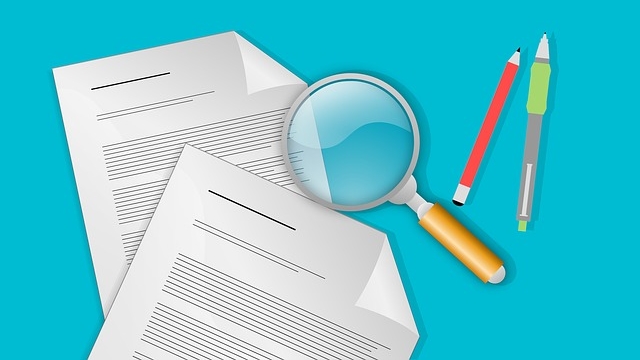