“Knowledge” is a big catch-all that is trying to explain a difference between a person and a rock. Obviously, people are alive and rocks are not. But among other things, we are also positing that knowledge is another key differentiator for less obviously different systems.

The question becomes to what extent these four ideas are co-extent. The term autopoiesis entails the first three elements1. Its original incarnation authors Maturana and Verela2 considered cognition a consequence of the first two. Autonomy (self-control) is a necessary byproduct for self-maintenance. However, the situation is not quite so tightly coupled with cognition (self-awareness). It is possible to have autopoiesis without cognition, and to have cognition without autopoiesis.

A paper by Bitbol and Luisi3 outlines four levels of potential cognition in an autopoietic system:

This leads to a new problem. What level of cognition is sufficient before an entity can be said to have “knowledge”?

Bitbol and Luisi say that “knowledge” is a function of level 4 cognition, whereas level 3 and below may appear to be knowledgeable “only from the point of view of an observer”.

Using this leads to some fascinating assessments. For example, there was a 2012 article about ‘intelligent’ slime molds who were able to map a path between two nutrient sources in a maze. Now using this taxonomy, if that were all the molds were doing then we would call this level 2 cognition (co-evolution). However, the molds also leave behind a slime as they move, indicating past visited locations which are avoided by the slime. This is an example of level 3 cognitive behaviour. But it gets more amazing. The same scientists were able to show that if they regularly manipulated temperature to be more or less favourable to slime molds, then over time the molds would anticipate the temperature drop and change behaviour (even if the temperature change never occurred). So this is an example of level 4 cognitive behaviour.

As another example of something slightly less obscure, recent research on ants suggests that individually, their behaviour only exhibits level 3 cognition (representational). However, an open question remains about the cognitive level of the colony, which I would argue needs to be assessed separately.

We can assign these cognitive behaviour evaluations to technology systems as well. For example:

Computers aren’t autopoieitic, and won’t be for a while yet. However, we are rapidly reaching the point where we can start to talk about computer possessing genuine cognitive skills and knowledge. 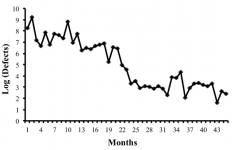 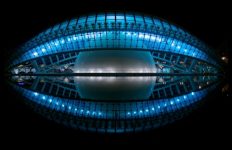 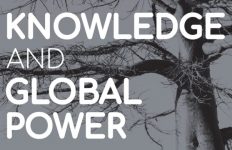 The global South is changing how knowledge is made, shared and used→