Over the last few decades, the Western world has had an increasingly specialised workforce, with workers trained in narrow skills, for increasingly narrow positions. However, the more narrow our jobs have become, the less capable we have become in inventing new technologies, products and ideas.

Innovative ideas tend to come, not from specialised experts, but from generalists. But in today’s economy, education is focused almost entirely on vocational, specialist skills, creating a dampening effect on innovative thought and creativity.

The more specialised our workforce becomes, the less capable we are of seeing how our industry relates to other industries. We also become less capable of inventing something to fit the knowledge gap between one industry and the next.

Specialisation of the workforce has been driven by a system called “academic inflation”. Where certain jobs used to require only a high school certificate, they now require a bachelors degree, a masters degree or a PhD. Employers have begun demanding greater and greater qualifications even for the most junior of positions.

As educational requirements have increased, jobseekers have responded by gaining more degrees and spending more time and money on education. The aim has been to specialise early, and become an expert in a field.

This culture of expertise has had an increasingly negative effect on the inventive capacity of our economy.

Over the last century, there has been a decrease in the rate of patenting of new technologies, correlating with an increase in the number of experts working in-house on innovation teams. The more people specialise to gain access to these innovation teams, the less creative they become once they get there. The more private companies are engaged in hiring expert inventors, the less inventions are produced.

Along with an overall decline in patenting, there has also been a decline in the number of young people producing inventions. If inventors require PhDs and certifications to enter into companies, then society loses out on their inventive capacity in their early twenties and thirties, adding an extra layer to an existing problem.

An analysis of Nobel Prize winners shows that the average age of winners has increased by five or six years per century. The data indicates that PhDs and other qualifications have had a major impact on the age at which someone is at their most inventive.

Where Einstein was most productive in his twenties, over the last century only 7% of prize recipients were in their twenties. A potential “lost age” of inventions is now evident in the data – where younger employees do not have access to grants, funding or jobs.

A final concern of a specialised workforce is the decrease in “breakthrough” inventions. Over the last century, as inventors have become in-house experts, they have increasingly turned away from inventing something new, and are increasingly recombining old technologies instead. This is leading to a decline in the number of technologies that revolutionalize human society.

To put it simply, we are creating iPhones instead of light bulbs. Where the iPhone simply recombines existing tools to create something new, the lightbulb was revolutionary in creating several new industries.

New research also suggests the usefulness of having generalists on innovation teams, rather than specialised experts. Breakthroughs arise when someone can combine many ideas together.

The key to being one of these generalists is to think broadly (not deeply) about a variety of topics, rather than a single topic. As Bertrand Russel once wrote:

There is something lost, when many authors co-operate. If there is any unity to be gained in a particular idea, there is a necessity to synthesise all the relevant information “in a single mind”.

The solution to our lost innovative capacity might therefore be relatively simple.

Instead of focusing on hiring specialists or experts in a particular field, we should hire generalists of a broad mind, capable of thinking outside the box. Hiring independent innovators outside of institutional structures might be one way of protecting them from the pressures of specialisation.

Funding and grants should also be less tied to how much someone has specialised, and more to how inventive or creative they actually are. Our system should move more towards this kind of merit-based ideal, rather than focusing on expertise and certification.

Beyond this, businesses can consider challenging staff with lateral thinking. The key is to push staff beyond their narrow jobs and into new fields and endeavours that challenge them to think in new ways. Younger workers in particular should play a greater role in contributing to the ideas, products and inventions of a company, rather than being excluded until they have gained the relevant degrees or qualifications.

The benefits of a specialised workforce need to be reconsidered in the light of this new evidence on reduced inventive capacity. If our economy is to be innovative, creative and diverse in thought, then so too must our education, our workforce and our jobs. If we are to have breakthrough technologies, we need to create breakthrough thinkers with the capacity to understand a variety of fields.

This article was originally published on The Conversation. Read the original article. 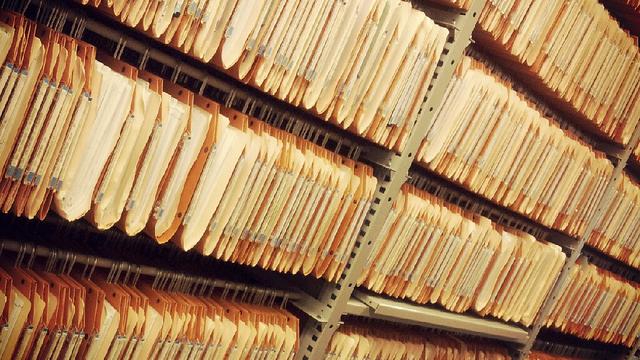 How structured information can diminish creativity