It seems obvious that we cooperate more with people we know than with people we don’t, but it is increasingly common for teams to form globally and across digital platforms that don’t necessarily facilitate such familiarity.

A recent study highlights the challenges this kind of environment creates for our attempts to cooperate.

“Today, it often seems that conflict trumps cooperation, be it on the Internet or in national politics – likewise in evolution, Darwinian selection should result in individuals pursuing their own selfish interest” the researchers say. Yet despite this perception, there’s a lot of cooperation in nature as well as in societies. “Our findings suggest that it is crucial to ask one rather straightforward question: Do the prospective cooperators know each other reasonably well? If they do, they will more likely not try to win at the expense of each other, but together.”

Participants in the study were asked to work in pairs on the prisoner’s dilemma. The basic setup was modified slightly to allow mutual punishment when non-cooperators met.

“In our experiments, participants underwent interactions anonymously or onymously, and they faced a threefold choice: to cooperate with one another, to defect from one another, or to punish one another,” the authors say. “We found that when participants knew each other, this significantly increased the frequency of cooperation. This paid out very well for all – so, winners play nice.”

The hypothesis being tested was that if antisocial behavior was punished, this would encourage greater levels of cooperation in future. Alas, as Robert Axelrod showed in the 80s, the typical response in such circumstances is tit-for-tat, and indeed, participants would usually retaliate against punishment, thus furthering conflict.

Nevertheless, the researchers are confident that their work has relevance in a modern society that seems riven by conflict rather than cooperation.

“Since the spirit of cooperation that social cohesion is based upon is crumbling away in some places, be it on Facebook or in societies that are about to be torn apart about issues such as immigration, we sought insight into what enhances cooperation,” they say. “This might also apply to conflicts about environmental resources. However, we have to further explore the continuum, the many states between complete anonymity and very well knowing the other person. It will be exciting to learn what kind of information, what degree of mutual recognition is needed to promote cooperation.”

Of course, there is a significant canon of works looking at cooperation through the lens of game theory. For instance, a few years ago I wrote about a paper that proposed a zero-determinant strategy. This suggests that players can actually influence their opponent by virtue of their own playing style. If they play generously or unfairly for instance.

The team, from the Max Plank Institute, wanted to test this theory out, not only in 2 player situations but in ones containing multiple participants.

“Using game theory, pressing problems of our time, such as the avoidance of climate change, can be understood as social dilemmas involving multiple players,” the researchers explain. “Many people have the feeling that they cannot achieve anything as individuals. However, they underestimate the possibilities available to them.”

The researchers showed that strategies that were successful in two player games, also scaled up into multi player environments. In other words, they believe that an individual can control how they will gain from a situation just as well in a group as in a smaller setting.

So, for instance, if you decide that you want to collaborate with others, and subsequently punish those who don’t, then the research suggests that your payoff for such an approach will be the mean of all people in your group. By being social and collaborative, this benefits the group, which in turn benefits you individually.

How teams can function when they have conflicting goals→ 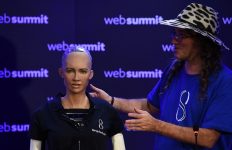 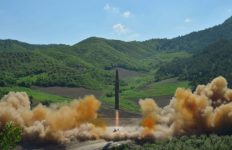 Is the world really sleepwalking to war? Systems thinking can provide an answer→