As we’ve previously discussed in RealKM Magazine, bringing about organisational change is challenging. The majority of change programs don’t achieve their goals, with employee resistance a significant contributor to this failure.

Increasingly, the stories of people in organisations that have undergone change are being studied to help understand how change management can be done better. A paper1 in the Journal of Organizational Change Management investigates three patterns of these stories:

Data was collected through narrative interviews in three manufacturing firms that had successfully gone though major organisational change, with one firm each from the UK, South Africa, and Russia.

Stories of ‘the good old days’

In organisations undergoing change, people lose treasured aspects of their work environments and daily lives, and they express this loss through nostalgic stories about ‘the good old days’,

An example is the story told by Mary, a retired employee with 23 years of service at Engineering Ltd in the UK:

When the [order to produce parts for a] Ford car [came]; that was a great, big boost and it was just something spectacular. … And you thought “oh my goodness, what the people are going to make here is going on that car”. And we had a great, big party [to celebrate the occasion]. There was a big buffet and drinks, such a celebration. It was nice that because it brought everybody together and everybody was happy about it. It was a lovely time, it was really a nice evening, that. And it was in the canteen over the road, but it was very, very good. Of course some people took advantage and got absolutely drunk, but that was the odd one or two. But it was a nice time, you felt really appreciated that this Ford [car] was coming to [Engineering Ltd]. But it was a nice time and it was a lovely buffet. After that … when the new big presses came in, that was … amazing to see then as you were going past, it was just getting bigger and bigger. And then the first time they started to work … to see it start on just a sheet of material and all of a sudden it bounced all the way through this presses and it came out as something else at the other end. It was just amazing, all the twists and turns that the metal … That was really, really good. … All this part [of the plant] here was built on while I was working here… but it was always in my mind that it wasn’t getting bigger too quick and then I thought … it’s people who’re making it bigger, the management. You still thought “is it getting too big too quick?” … It went from a small friendly place to – still being friendly – but you didn’t know the people, you couldn’t say hello … you passed people and you didn’t know who they were.

Mary repeats positive expressions about major milestones in the firm’s growth, but towards the end of her story she paradoxically expresses doubt about the rapid expansion. She feels that Engineering Ltd’s increased size has brought about a loss of the family spirit that the firm had in ‘the good old days’. Other interviewees also spoke about this family spirit with nostalgic fondness.

In emphasising the loss of family spirit, Mary and her peers highlight the importance of relationships within Engineering Ltd, drawing attention to a central value of the firm. It means that the firm’s value systems have been maintained despite significant organisational change. This can be clearly seen in the way in which newcomers continue to be told these stories and appear to internalise them.

Stories of deception, taboo and silence

Individuals and groups in organisations will also tell change stories reflecting their needs and perceptions, with contested change stories reflecting fights for power, political games, and unfair play. All of this can be used an abused in the change process, so deception and taboo subjects feature strongly in the change stories, as does silence in regard to particular matters. Researchers need to question the motives and authority of these accounts before judging if they are authentic and truthful.

An example is the story told by Silvia, who has been with Steel Corp for more than 10 years. Steel Corp is operationalising South Africa’s employment equity (EE) program against the backdrop of a period of significant restructuring that involved large-scale cost cutting and mass lay-offs.

Under apartheid, managers were mainly white and employees mainly black. The EE program requires firms to address this imbalance, so that the country’s demographics are reflected throughout organisations. In Steel Corp, this is being done by encouraging white males in their 50s to accept voluntary redundancy packages, creating spaces for EE candidates.

This is Silvia’s story:

Honest opinion? … We need to drive employment equity, … there’s more urgency in the management levels to get [EE candidates] in. … Sometimes I think [employment equity candidates] have got the qualifications, but they don’t know how to apply it, not at all. … I mean a guy with a BSc doesn’t even know properly how to use a computer to make a presentation. Then I start to worry because [in such a case] employment equity is zero worth to you. And I think that’s in most cases what happens. … Most of your employment equity candidates have got this attitude about them: “I’m employment equity, I know best, you have to employ me” and that’s it. … The overall white guys seem to be more goal-driven. … They make sure that the information they give is correct. … If they’re not sure they ask, but they don’t just assume. You don’t always get that with an EE-candidate. … They don’t understand the content [of their job] and why they’re doing it. … They don’t dig into that problem and work it out for themselves.

While acknowledging the need for more EE managers to meet targets, Silvia portrays whiles as superior. This can be used to reinforce racial superiority of the whie minority, a topic that has become taboo in recent years. Informal discussions with Steel Corp employees that this is an imporatnt undercurrent in the stories circulating in the Steel Corp community.

The motives behind Silvia’s story needs to be questioned to understand how she is making sense of EE. EE challenges Silvia’s deeply held assumptions about role and identity, so to reduce anxiety and uncertainty she falls back on a frame of reference that is deeply rooted in apartheid. Such stories contest the official ‘rainbow nation’ story of South Africa, in which equal opportunites are celebrated.

The Steel Corp EE example also highlights the use of silence. All nine black interviewees celebrated their increased employment prospects at Steel Corp since the end of apartheid, but none mentioned EE, seemingly reluctant to mention something that seemed impossible in the days of apartheid.

Stories are a tool for exercising social power and control, and an understanding of the social dynamics in an organisation can come from attention to such change stories.

An example is the story of Eve, who has worked at Northern Steel in Russia for over 20 years. Under the leadership of CEO Mr Mikhailov, Northern Steel has been transformed according to western business understandings. Managers are actively encouraged to study for an MBA in the UK, and front-line employees are encouraged to visit and learn from steel plants abroad.

Many interviewees were intensely proud to be working for such a progressive organisation, but a few voices contested this notion. Eve was one of them, and this is her story:

But I’m of that age now that [I don’t get into courses]. Over the age of forty you hardly get into the big training programmes … like [a specific training programme for senior managers] … or the MBA-programme … for the higher specialists, managers and so on. … There’s more opportunity for development now, which we didn’t have in our time. … Training’s important because [our CEO] said once that women over the age of forty couldn’t do anything in the organisation. That was a long time ago, maybe ten years. Back then, obviously, I wasn’t forty yet and I thought “what’s that about?” But now at the height of my age I think that basically he was right. Simply living your life and communicating with a small circle of people, you already miss out a lot. There’s no development. I think that a reduction [in our ability] might even start because you’ve got experience and you don’t worry about things you’ve got to learn.

After initial anger with Northern Steel’s approach to professional development for women over 40, Eve appears to agree with it. To relieve the contradiction between her initial beliefs and experiences, she has constructed a credible story that is important to her.

Eve’s story shows that an alternative interpretive system, in this case Mr Mikhailov’s, can influence the stories of others.

Giving language to the people: what is #NotMyDebt? (#NotMyDebt series part 1)→ 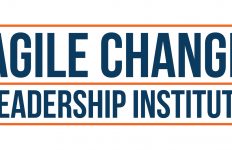 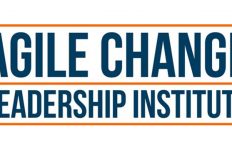 The urgent need for media literacy in an age of annihilation→