As discussed by Neuroskeptic, social priming1 is a claimed psychological effect where “the mere exposure to socially relevant stimuli can facilitate, or prime, a host of impressions, judgments, goals, and actions, often even outside of people’s intention or awareness.”

One of the more famous examples comes from research published in 1996 by Bargh, Chen, and Burrows2 in which exposure to words associated with being old3 was observed to result in people walking more slowly.

Over the past few years, however, social priming has become controversial, apparently beginning with research published in 20124 that could not replicate the results of the 1996 study. Social psychologist Diederik Stapel, who was active in social priming research, was also found in 2012 to have committed large-scale academic fraud, and social priming research has been heavily implicated in the reproducibility crisis in psychology research.

Concerned by the situation, Nobel laureate Daniel Kahneman sent a strongly worded open email to social priming researchers, also in 2012, calling on them to create a replication ring to check each others results:

Each lab would try to repeat a priming effect demonstrated by its neighbour, supervised by someone from the replicated lab. Both parties would record every detail of the methods, commit beforehand to publish the results, and make all data openly available.

However, the controversy continues. New social priming research is now being met with strong skepticism from some, but strong support from others. An example of the deep divisions can be seen in the responses to research published in 2013 by Chatterjee, Rose, & Sinha5. From the findings of three studies, the authors report:

…that priming cash concepts makes costs associated with donating time or money more salient in the decision context, thereby reducing willingness to give help and to receive it. However, priming credit card concepts makes the benefits of donation more salient.

However, in a 2016 paper, Pashler, Rohrer, Abramson, Wolfson, & Harris6 report their re-analysis of the raw data from the research by Chatterjee et al.

A number of strange oddities were brought to light, including a dramatic similarity of the filler word-stem completion responses produced by the 20 subjects who contributed most to the priming effects. We suggest that these oddities undermine the credibility of the paper and require further investigation.

But the conclusions of Pasher et al. are in turn questioned, with Rose7 stating that:

I concur that Study 3 data are likely unreliable. However, Pashler et al. question the scientific validity of all three studies while providing support for their skepticism only for Study 3, clearly an overgeneralization.

Neuroskeptic suggests that the way to resolve the ongoing controversy over social priming is to:

…organize a collaborative team, involving leading representatives of both parties: an adversarial collaboration. This alliance should then aim to carry out the largest ever study of social priming effects, with the goal of a definitive answer, one way or the other.

The proponents would be asked to select a handful of social priming effects that they consider the most likely to replicate. They would also be asked to name (within reason) the methodological parameters that they consider important to success. The skeptics would participate in these discussions, and then everyone would decide upon the protocol. All of the methods and data analysis plans would then be publicly preregistered, to prevent p-hacking by either side.

The actual data collection would then be done jointly by the believers and skeptics (perhaps spread over multiple labs). All data would be sent to a central repository. Any unforeseen problems arising would be resolved by a joint decision of both sides. Finally, once all of the data was collected, the results would be made public and analyzed in accordance with the agreed-upon plan.

How about it, social priming researchers? 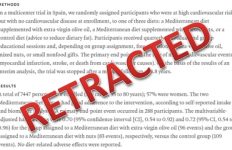 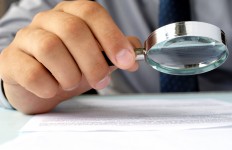 The natural selection of bad science→