Wikipedia is described as being “written collaboratively by the people who use it”, an often-mentioned model of decentralised governance where everyone has the power and freedom to create and disseminate knowledge.

However, a new study finds that Wikipedia has in reality wandered a long way from these egalitarian goals.

The study examined 15 years of data, from Wikipedia’s earliest days in 2001 until 2015. The data set included more than 5 million articles, millions of “talk” pages, and over 587 million editing events involving tens of thousands of individuals. Every edit and discussion in Wikipedia is exhaustively tracked and tagged, enabling the construction of a highly accurate computer model for the community’s evolution.

From their analysis, the researchers drew the following conclusions:

Norms are a crucial unit of cultural evolution, and they gain meaning and force from the relationships that connect them. Our work here has studied the evolution, over fifteen years, of the interdependent network of norms at the center of Wikipedia.

The evolution of this network is a remarkably conservative process. Early features are maintained, and in some cases even amplified, over the course of the network’s development. Our findings are consistent with the “iron law” of oligarchy in peer-production systems; they also complement accounts of gradual decentralization in Wikipedia’s governance structure.

The encyclopedia’s core norms address universal principles, such as neutrality, verifiability, civility, and consensus. The ambiguity and interpretability of these abstract concepts may drive them to decouple from each other over time. Wikipedia is a paradigmatic example of a 21st Century knowledge commons. Yet, its core norms play a structural role analogous to the institutional myths of rationalized 20th Century bureaucracies.

As discussed in ScienceAlert and Gizmodo, the findings of this new study align with those of another study published at the beginning of this year, and both studies highlight issues that should be addressed if Wikipedia is to have the best possible future.

The interplay between knowledge and power→ 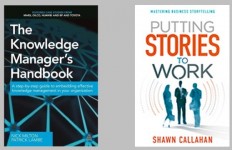 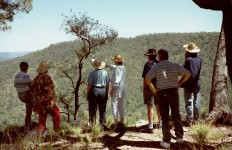