The Sustainable Management of the Helidon Hills Project is an example of how collaborative learning and governance can be used to facilitate effective knowledge sharing and transfer.

The Helidon Hills is a large area of high conservation value native forest located about 100km west of Brisbane, the capital city of the Australian state of Queensland. The Helidon Hills area is one-third National Park and two-thirds private freehold land. The approximately 250 freehold landholders are engaged in a range of pursuits including timber harvesting, sandstone mining, ecotourism, nature conservation, and farming. Some of these pursuits are competing or in direct conflict with each other. The area also has Aboriginal and European cultural heritage. Management policy for the area is the responsibility of three adjoining local governments and various state government agencies.

The approach I took as Project Coordinator was one of collaborative learning and governance, as discussed by Harding, Hendriks and Faruqi in their book Environmental Decision-Making: Exploring complexity and context1. This approach was responsive to the situational complexities and social context of the Helidon Hills area. Many people within the area or with an interest in the area had a lack of knowledge about its natural values and their conservation, and also about the activities and issues of concern of other people. Additionally, many of the freehold landholders wanted to make their own management decisions rather than have government agencies dictate policy.

At the commencement of the project, some landholders expressed strong opposition to it. Particularly strong feelings were expressed about private land ownership, with the view expressed that people should have the right to manage their land as they see fit without any government influence, control or intervention.

A number of authors have attempted to explain the voter support received by One Nation2. However, from my own experiences and observations the support for One Nation in the Lockyer electorate and associated values position against government programs such as the Helidon Hills project was due to the declined emphasis on agriculture since the 1970s as discussed by Reeve, Frost, Musgrave and Stayner in the Overview Report, Agriculture and Natural Resource Management in the Murray-Darling Basin: A Policy History and Analysis3, the impacts of the recession of the early 1990s, and government programs that had not adequately involved the community. Most of the farming families in the Lockyer were second or third generation, and adapting to the decline of agriculture from the heydays they had previously experienced was difficult. The recession of the early 1990s compounded the difficulties. Further compounding the pressure that the community was feeling were government programs such as the mid-1990s Regional Open Space Scheme.

In response to the landholder concerns, I made the decision that landholder rights needed to be recognised and respected in the Sustainable Management of the Helidon Hills project, and the management plan4 devotes an entire chapter to the issue (Chapter 3). I also decided to implement an inclusive decision-making process involving collaborative governance, as discussed in Chapters 1 and 2 of the management plan.

Collaborative governance has been continued beyond the Sustainable Management of the Helidon Hills project by the Helidon Hills / Murphy’s Creek Landcare Group. It was established in 1999 at the end of the project, and continues to facilitate stakeholder knowledge sharing. Collaboration with government agencies is assisted by the regional natural resource management body SEQ Catchments.

Will collaborative learning and governance work in any situation?

Collaborative learning and governance have been highly effective in assisting sustainable management of the Helidon Hills, but they won’t be the most effective or appropriate approach in all circumstances. As Leach, Scoones and Stirling alert in their book chapter ‘Sustainability challenges in a dynamic world’5, what works well in one situation can fail in another. A suggested approach is to investigate and understand the situational complexities and social context for any initiative or project, and to then identify and implement the most appropriate knowledge management activities in consideration of both that understanding and the intent of the initiative or project (including the policy context). 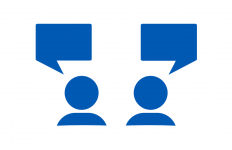 Knowledge management: “Each man is my superior in that I may learn from him”→ 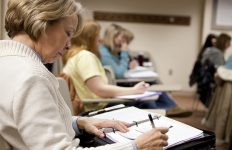 Older workers are just as keen on learning as younger workers→ 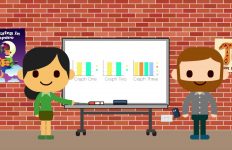 Humans learn from mistakes – so why do we hide our failures?→

Is remote learning better than we think?→