What do ads and ogres have in common? (Hint: A popular animated film released in 2001). Recall the part in Shrek when the titular character tries to use an analogy to explain to Donkey that “Onions have layers. Ogres have layers… You get it? We both have layers.” Well, add advertisements to the list of things that have layers. Ads are like ogres which are like onions. They have layers.

Advertisements have layers. This helps explains why advertisements work, as much of their success is due to the supposed attributes that are being sold with the product. Just think about the way a branded pair of sneakers is sold – the focus is not on the material though it may come in different colours – what the advertisement tells you is that wearing the shoes is cool. If the company is using a celebrity to endorse the pair of shoes, then you might think that X is cool so wearing a shoe like X is also cool. These are just some of the tricks that companies use to persuade consumers to buy a product. Branding also plays an important role because advertisements are not only telling you to buy a product, they are selling you a lifestyle and, even a family. These messages are ‘hidden’ in the advertisements, sometimes in plain sight…sometimes it is in the background music or words disappearing in a flash.

Let’s analyse the layers of messages in ads:

Advertisements with subliminal messages also receive a lot of attention with consumers because “subliminal messages often involve sexual cues” (Kolenda). You only need to Google “subliminal advertising” to find a variety of examples from burger and tacos to tourism and Disney movie stills. It becomes a game for intelligent and cheeky consumers to spot the placement of sexual innuendoes. Kolenda showcases some of these in his article whilst noting that “a lot of the popular examples aren’t even “subliminal” at all. The cues are just supraliminal stimuli disguised within a visual”. This distinction is significant as it shows that “subliminal” is often conflated with concealed advertisements. Robert Kass’s PowerPoint presentation on subliminal influence points out that product placement is not a subliminal but supraliminal influence. Subliminal messages are often embedded into a source like an advertisement and the fact that it is aimed below the threshold of consciousness suggests a type of secret mind control – that is, if it works at all.

Subliminal messages have gained attention from marketers and researchers because they want to know whether it really works. Victoria Stern covers the research journey on this topic in “A Short History of the Rise, Fall and Rise of Subliminal Messaging”. In this article, Stern begins with the market researcher James Vicary who created the concept in 1957 when he claimed to increase sales of Coke and popcorn by flashing these words during a film. He admitted to falsifying the results, however, the idea caught on. Despite the effectiveness of subliminal advertising being discredited in the late 1960s and into the 90s as noted by Stern, studies have continued to experiment and observe responses to subliminal messages.

A recent study by Bustin, Jones, Hansenne and Quoidbach in 2015 concluded that “participants high in sensation seeking” were more susceptible to subliminal suggestion through advertisement in the case of the energy drink Red Bull. Interestingly, the researchers noted that:

[S]ubliminal priming is especially effective when the prime is goal-relevant, that is, when the prime is related to something people need or want to achieve (Strahan et al., 2002; Winkielman et al., 2005; Karremans et al., 2006; Veltkamp et al., 2008). Based on this idea, we proposed that a similar logic is at play when it comes to personality: people differ in their sensitivity to subliminal stimuli because, depending on their traits, some primes are more relevant to them and more likely to capture their (unconscious) attention.

Therefore, subliminal messages in advertisements do not affect all consumers equally. According to the research, it might work. Sometimes. More specifically, if the product was something that was already on your mind, if your situation calls for it (you’re thirsty), and if your personality is aligned with the target audience for the product. The research also frames subliminal advertisement as a factor among the others mentioned, acknowledging that personality might be a more effective method of targeting consumers. As a method of advertising then, subliminal messages are unpredictable at best and ineffective at worst.

Bustin et al.’s Red Bull study shed insight into “the dangers of mass media subliminal persuasion…as our study demonstrates that non-conscious messages can be successfully processed when broadcasted through the Internet”. The level of influence and the effectiveness, as it translates into quantifiable outcomes such as purchases, remains a hypothesis that needs to be tested. It is in line with the general consensus that subliminal messages in advertising are an interesting idea but inadequate as an advertising technique. As noted in Kass’s presentation, “Beware of the fallacy that “presence” implies “effectiveness.”” So even if the message is there, it does not mean it can influence consumers. Just think of all the ads on a webpage that you ignore if you haven’t blocked them already.

Additionally, an advertisement does not need to use subliminal messages to influence the consumer. Indeed, advertisements have layers of persuasion in the many details thrown at our conscious mind – details that we might not all interpret at first exposure. Studies have shown that messages are more effective when repeated. Which is why social media marketing is on the rise and rise as it grants a company greater access to consumers. According to Hughes, those pretty posts on social media sites like Instagram may be more than just picturesque placements of products inside someone’s bag. Hughes reveals that some posts are really advertisements in disguise and such methods of marketing are “becoming indistinguishable from reality”. Perhaps borrowing the element of unobtrusiveness from subliminal advertising, supraliminal advertising messages in entertainment are examined in studies like this one on the effectiveness of product and brand placement.

What all the messages in advertising have in common is: Buy Me. All the layers of messages give you reasons to buy into a particular product, service, brand and more. What one should consider is whether those layers are a trap. If there is a lesson that marketers and consumers alike can take away from subliminal messages in advertising, it’s this  – if it sounds too good to be true, it probably is.

Image source: Fresh Popcorn by Steve Snodgrass is licensed by CC BY 2.0. 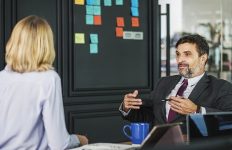 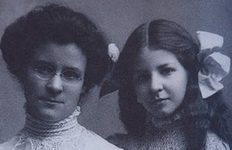 What more could be done to address the persistence of the conceptually flawed Myers-Briggs Type Indicator (MBTI)?→ 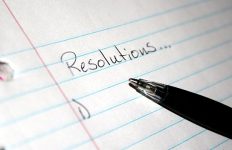 The psychology behind achieving your New Year’s resolutions→